It's Hot in Taipei

The weather has been hanging HOT in Taipei.  In the 90s F everyday in some parts of the city, it has been registering over 100F in my back porch many days.
It's time to head out of town to the cooler weather at the beach.
If you were stationed in or around Taipei, you probably headed for Camp McCauley Beach where HSA kept things in order and food and lodging was available, or, if you knew of Shihmen, you could drive out there which was a short distance from McCauley and have a beautiful beach that was just about deserted most days.
If you were in Tainan, you could head out to the beach close to the base, which was set up for folks from Tainan.
No one from CCK has ever written about the beaches in that area.
Most of the beaches we patronized were generally tied to US facilities in some way.
Let's head for the beach, and don't forget the BBQ and charcoal, and a case of beer? Camp McCauley Beach, circa 1971. Jump in, cool off...
I found this short, tips on how to cook a great steak, slide show.
Go down the page until you see the 3 steaks laying on brown paper, then click on the right arrow,
Made me hungry and I picked up a few tips. 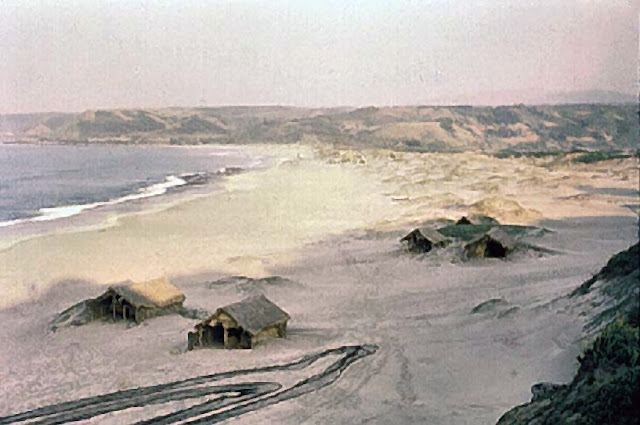 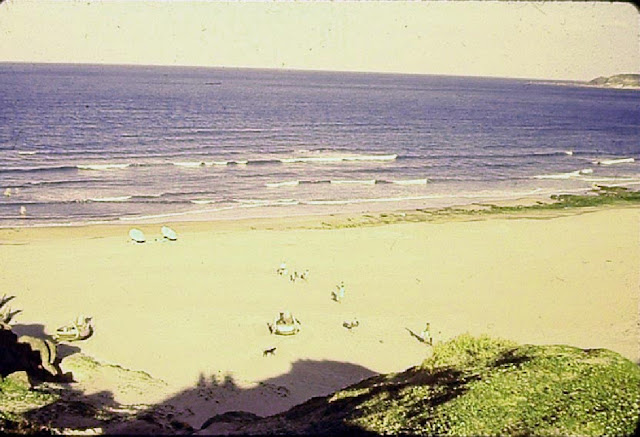 Another photo of Shihmen Beach. The sun is strong, notice the shadows.
There were many small, unnoticed, outposts in Taiwan where US military folks were stationed.
Shihmen was one of those places.
I wrote about Shihmen a few years ago, many of you probably were not aware of this spot.
Here is a link to a really nice assignment a few folks were happy to have, Back in the Day.
Remember the good old days of our times in Taiwan, Ahhhhhhh...


Have a safe and wonderful summer wherever you are in this big world.

Posted by Taipei Air Station at 8:22 AM