Carry On!  GI's Today in Afghanistan or Back-in-the-Day in Taiwan..


Posted by Taipei Air Station at 1:52 PM No comments:

A Few Minutes in Taipei

I came across this CNNGo video taken in and around Taipei.

When the CNN crew was in town shooting these videos, the air was pretty dirty.

I can report, the summer months have brought fresh clean air flowing from the east/southeast. On most days when you look out, the hills are crisp and clear.  The Taipei basin is a different place in the summer months.

Watch this "Preview" below.

Or,  skip the preview and watch the complete program by clicking on the link at the bottom of the page.


Ready to watch the complete program on Taipei?    HERE


Posted by Taipei Air Station at 12:03 PM No comments:

Alice and her friends were always on the go..

Today, a collage of photographs, most are not annotated of their exact location, but all appear to be within a one day driving trip surrounding Taipei.  In 1952, the countryside was very close to the city. 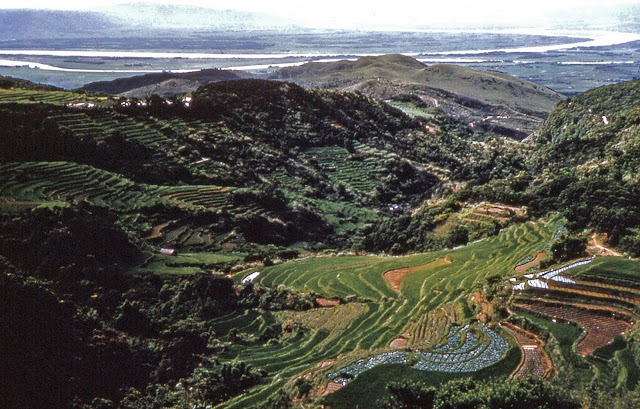 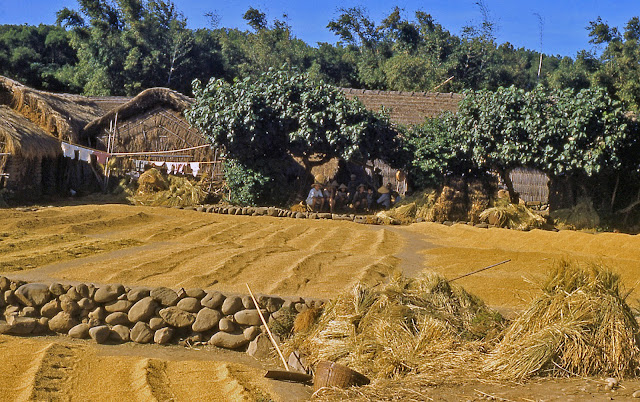 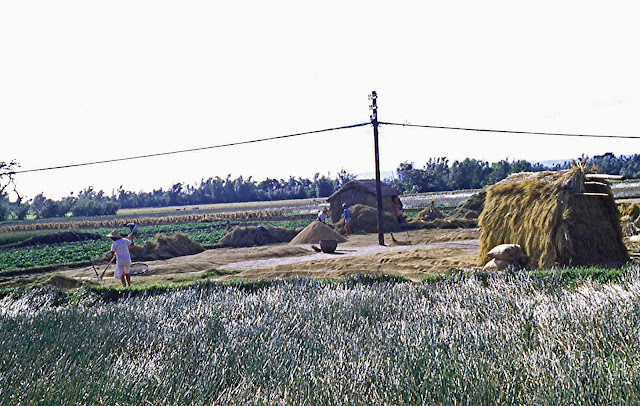 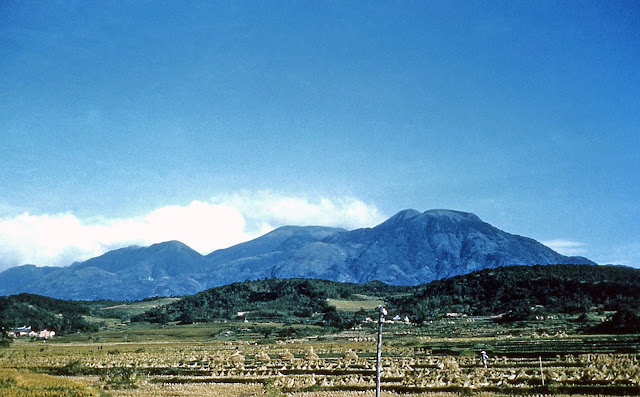 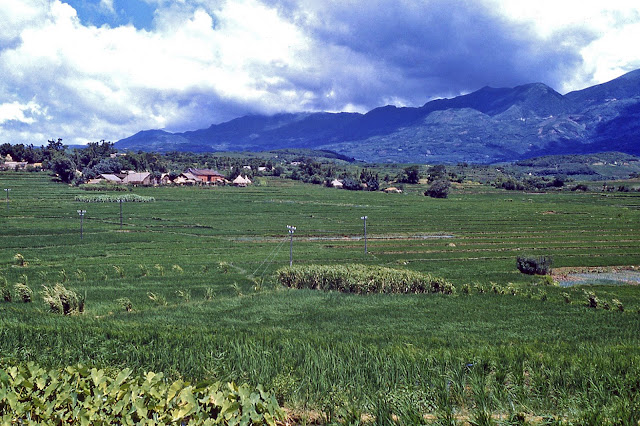 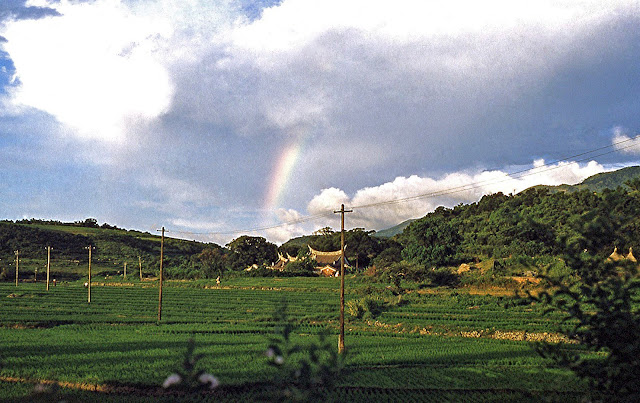 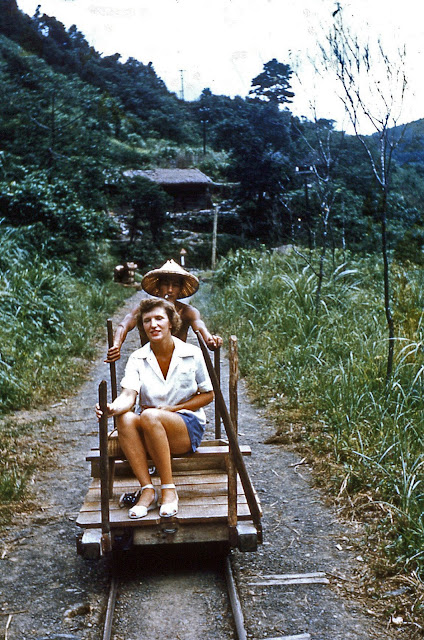 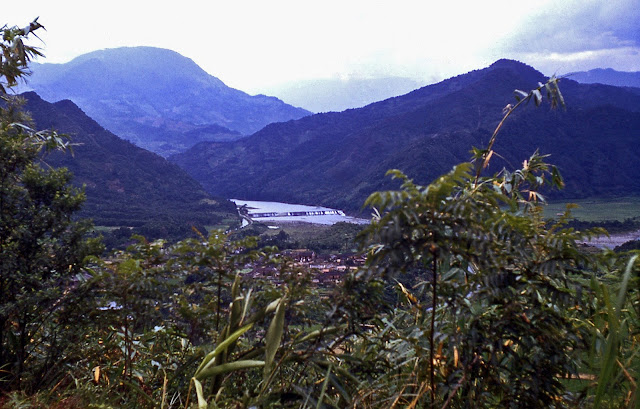 These photos from areas around Taipei, photographed in the 1952 - 1953 time period.

I received a nice E-mail this evening from Tony Coolidge from the great state of Texas..

Tony is trying to find his birth father, who he believes is Jeff Smith.  Jeff was stationed at Linkou during 1965-1966.

Thanks for any help..

You can E-mail Tony Coolidge or me here at Taipei Air Station Blog.

It's later in 1952, Alice has settled into her duties at Taipei Trading Corporation and has a full social life with friends, associates, US government employees and MAAG Military Officers in Taipei...

"My father had sung with the Metropolitan Opera (in New York City) before I arrived on the scene, and I loved music and singing, and eventually studied for opera and concert.

In Taipei, there was little chance to keep up with the music, tho' Dorothy Stetson (worked with US Information Service) was a good accompanist and at the urging of friends started developing plans for us to give a concert recital.

The idea was dumped soon after, however, as we were given the word that we would have to charge admission and turn all or part over to Madam Chiang for her "charities".  So much for that.

There's another funny story about my wanting to find a piano and place to practice, this is getting too long and I won't bore you with it now. (Alice never told me the piano story) 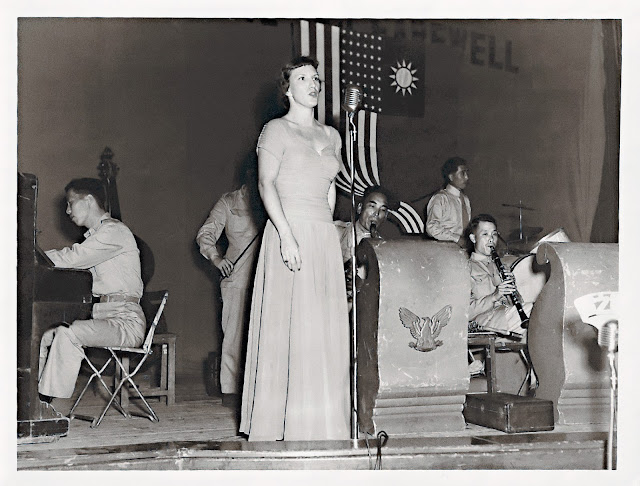 "As you can see from one of the photos (above), I did sing several times (popular music) with the Chinese Air Force orchestra.  The one shown was a dance to welcome the new and bid farewell to old, U.S. MAAG people."  (Above photo 12 November 1952)


Here, Dorothy Stetson and  Alice stand outside the MAAG Chapel.


"I sang a couple of times at the MAAG Chapel."


The MAAG Chapel Alice refers to, was a Christian Church located off Minquan West Road.  I spent many days running around Taipei trying to find this church.  Alice did not remember where is was located, and "MAAG Chapel" was not found on the Internet.  At every Christian church I visited, I would ask if they recognized the building, as seen in the above photo.    Everyone I spoke with did not recognize the old building.  Then one day, a lady at the church office got up from her desk and walked into another office and asked an older lady, I believe.  She said it looked like the old, such and such church, and give me directions to the area where she thought the church was located. I made my way to the area and found the new church,  it had been recently completely rebuild and nothing remained of the old structure.  But, on the outside bulletin board, I found photographs of the old church building.

I went inside and was greeted by an older gentleman.  I told him about my quest to find the old church that the US Military had used for services and showed him the photo of Dorothy and Alice, above.  He told me the photo was their old church building.  At last, I had found it. 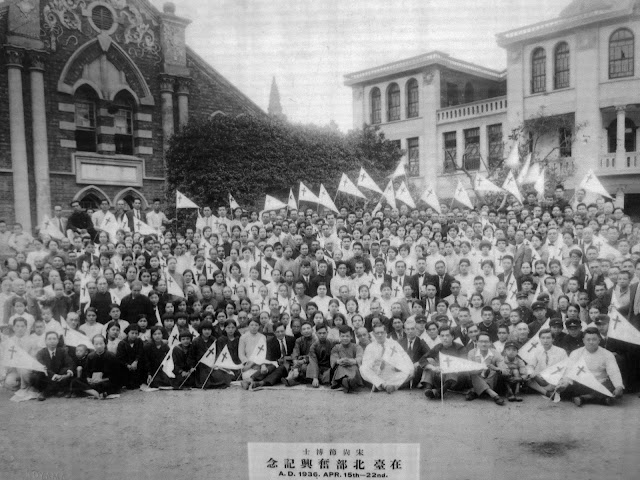 A 1936 photograph of the Church building.  This was the church that offered the use of their facility to MAAG Chaplains to conduct church services, where Alice sang on occasion.

Alice spoke of some of the MAAG military officers she knew in Taipei. 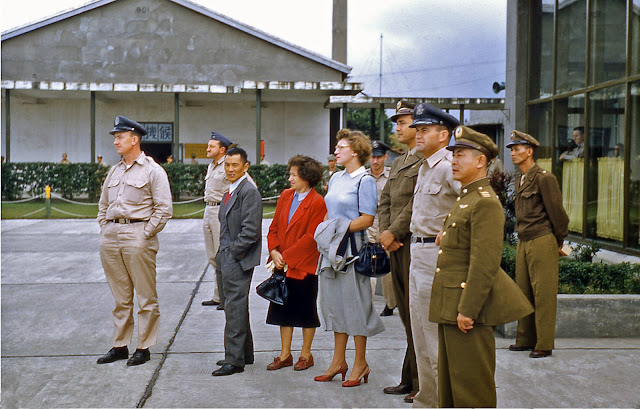 Alice and friends at Sung Shan AFB seeing off Major Sam Jones. The man in the civilian suit with a red  tie is Peter Chen, his wife standing next to him in Red coat,  Alice Winans stands next to Mrs. Chen.

I don't remember the building on the right.  It's probably the VIP arrival and departure building on the military side.  None of the military are wearing name tags. Seems the only really "strac" US officer is Colonel Ed Rector standing between the two Taiwan military officers. Find "strac" and other US Military terms at HERE.

Colonel Rector seen with hands on hips, must have been the commander of the US Air Force officers seen in these photographs.  Be sure to read our UPDATE below for newly found information on Colonel Rector...

Colonel Rector was a sharp looking individual. His uniform, summer khakis had double button long sleeve cuffs.  The blue web belt with silver buckle, a flying saucer hat with the aviator crush, put together, this was my favorite uniform, bar none.

And, we can't leave out the Lieutenant Colonel Kleinoder-(I think) and Major Sam Jones standing on the right side wearing their "Ike" jackets.  These jackets were around until about 1959-1960, when they were phased out for wear.  I was issued one at Lackland AFB in San Antonio when I entered the Air Force in 1959.  I never cared much for the jacket myself, it was wool and hot, I only wore it when it was directed for some function. 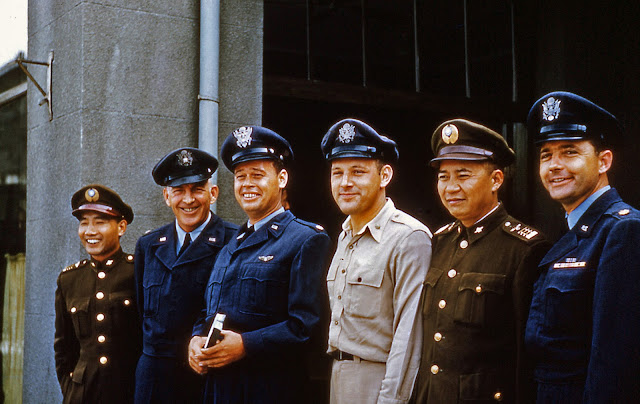 These US Air Force officers and other men seen in these photos were some of the first MAAG personnel assigned to Taiwan. The Lt Colonel in this photo in the Khakis is probably wearing a commercially purchased Khaki uniform, made of gabardine materiel versus the cotton Khaki uniform worn by Colonel Ed Rector 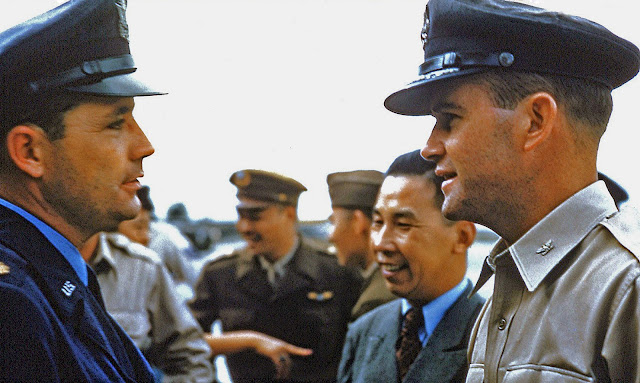 It's sometimes hard to leave.  Always a tug on your heart when you walk to your plane the last time.

Is that a Taiwan Air Force officer in the center of this photo?  If so, who are the Taiwan officers in the photos above, they are wearing different uniforms.


Flight Leader Ed Rector is seen here in a March 1942 LIFE Magazine Photo taken in Burma, at the Flying Tigers base. 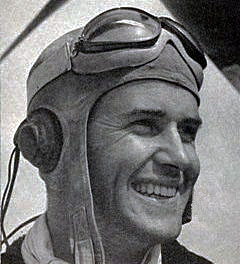 Flight Leader Rector had a distinguished flying record with the Flying Tigers. 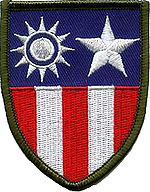 
In the film below, General Chennault is seen wearing this
patch on his US Army Air Corps uniform.

Here is a short video presentation on Pearl Harbor and the Flying Tigers - worth watching!

The others in our little group were Major Herb Bryant and Major Gordon Parks."