Bill worked at the JAG Office at Taipei Air Station.

Some color photographs were too faded and old to be restored to original colors. 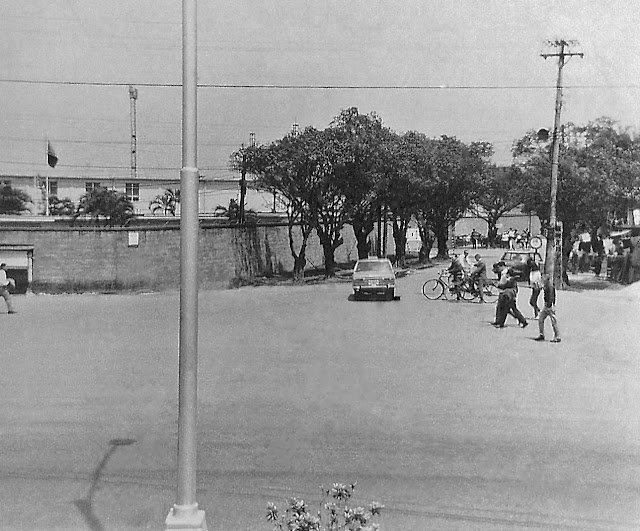 This photo, taken while standing on the grass area inside the old circle on Roosevelt Road, looking toward the main gate of Taipei Air Station, where the taxi is probably headed.

This is the best photo of the circle, street and gate that we've ever published. 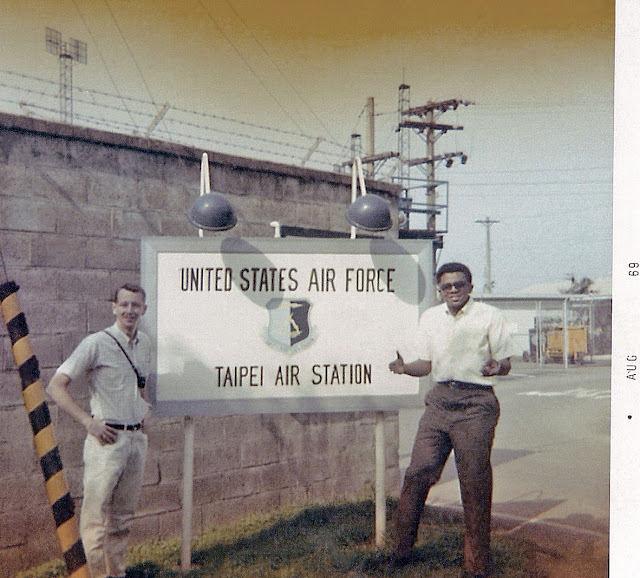 A couple of Bill's friends standing at the main gate.

Jim Russ from Texas and Gabe from Georgia. 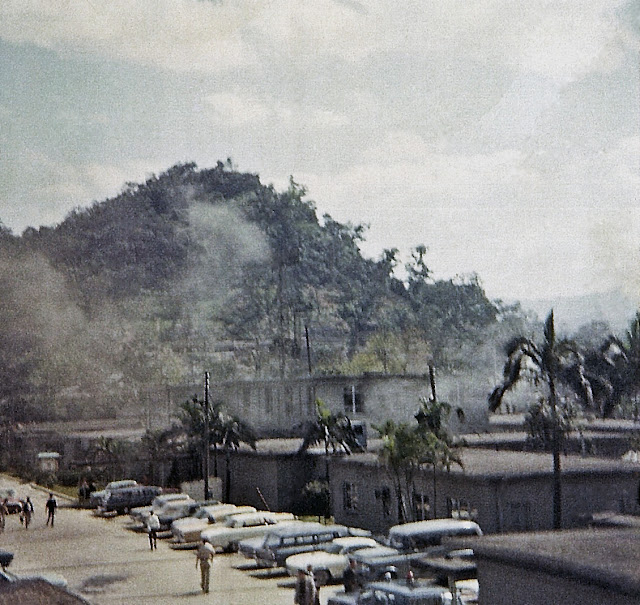 Bill says, "Think I took this to show folks back home how hot it was.

Probably had rained, then the sun came out, it looks like a steaming jungle..." 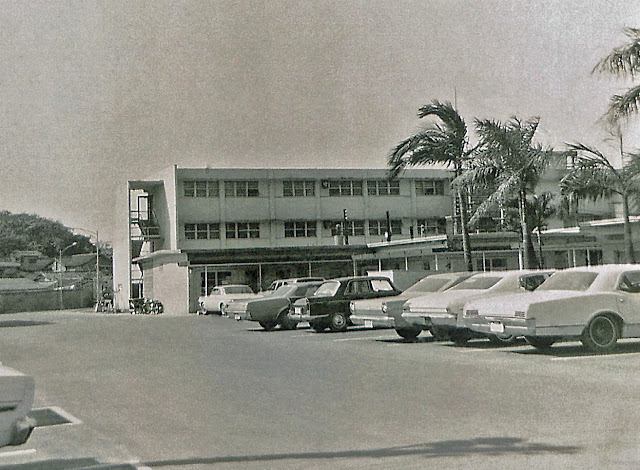 APO and barracks straight ahead. 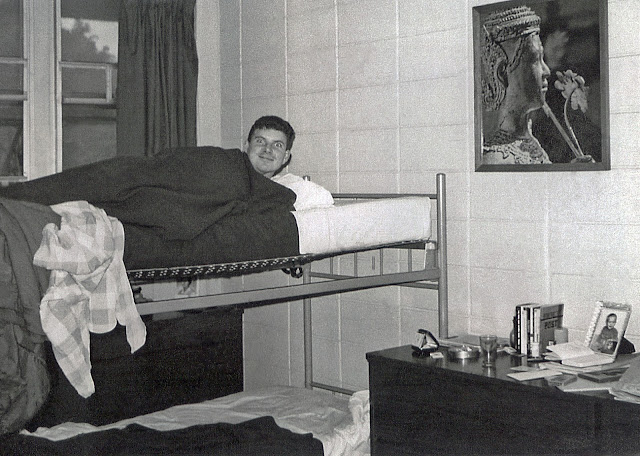 "Sent it home to show wife my "quarters"

"My wife arrived in Taiwan during April 1968 with our Son (1 year old)  Our parents paid for her airline ticket." 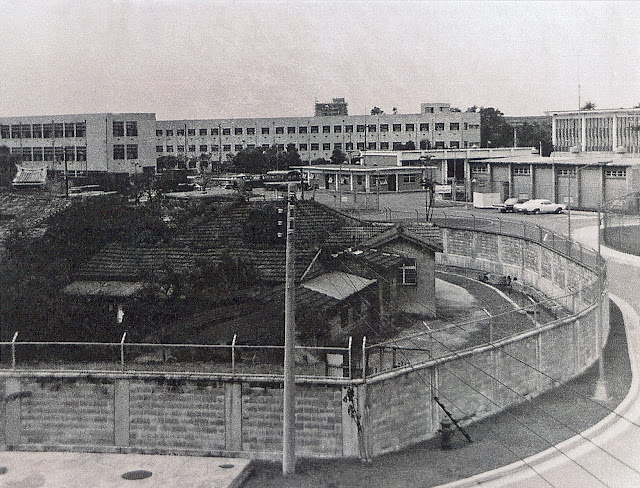 "I actually took this from the barracks window,  the 1st morning I was at Taipei Air Station, February 10th, 1968."

This photo, the first we've had of the motor pool and supply offices, taken from this angle. 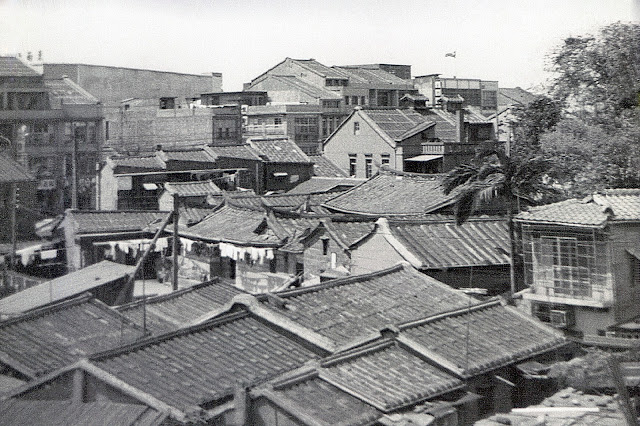 "Over the wall, another angle."

"I used to hear kids and chickens in the morning." 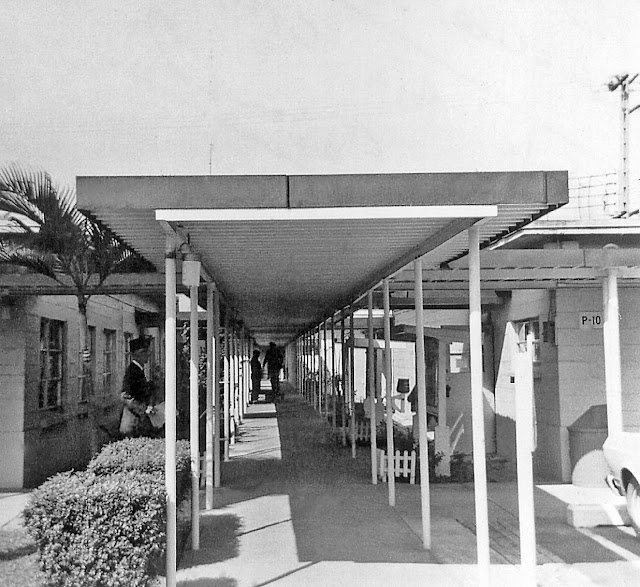 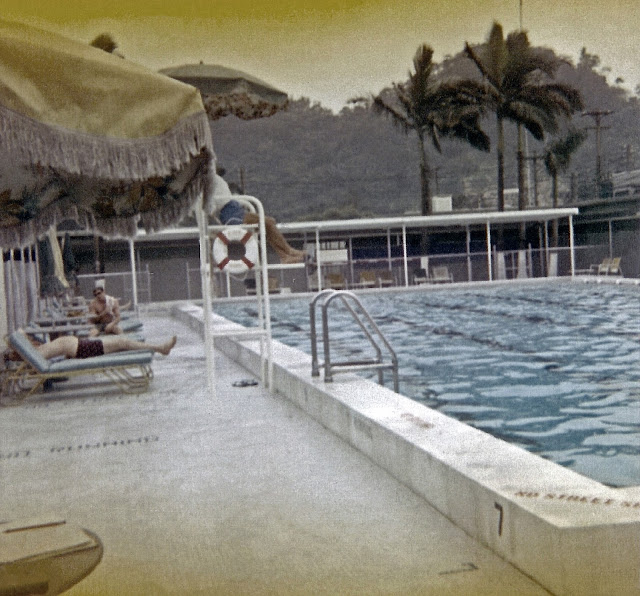 "Spent many an hour here.

I was so tan when I got home, neither my parents or my wife spotted me when I got off the plane @ McCord AFB." 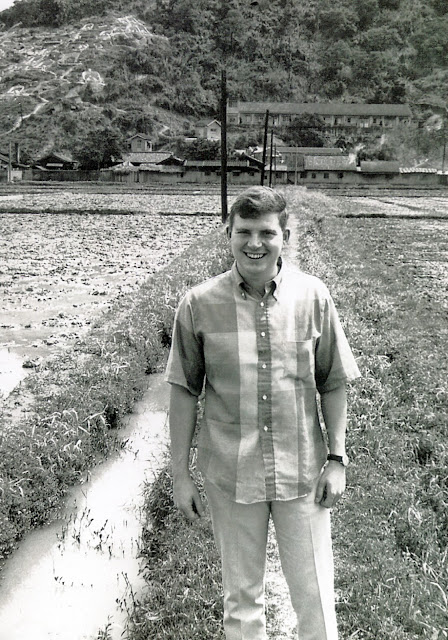 "This 'Kid' is standing in the rice patties behind the Air Station, run by the Agriculture Department at National Taiwan University as I recall." Feb or Mar 1969. 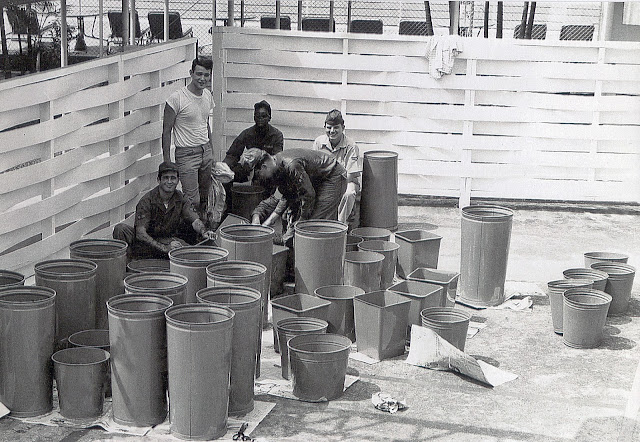 "Came up twice I think in 15 months.  I forgot to wear my fatigues, so I offered Moral Support."

" Knew all these guys but can't recall now."

Ed. note:  I'd forgotten all about these tall rubbish cans... 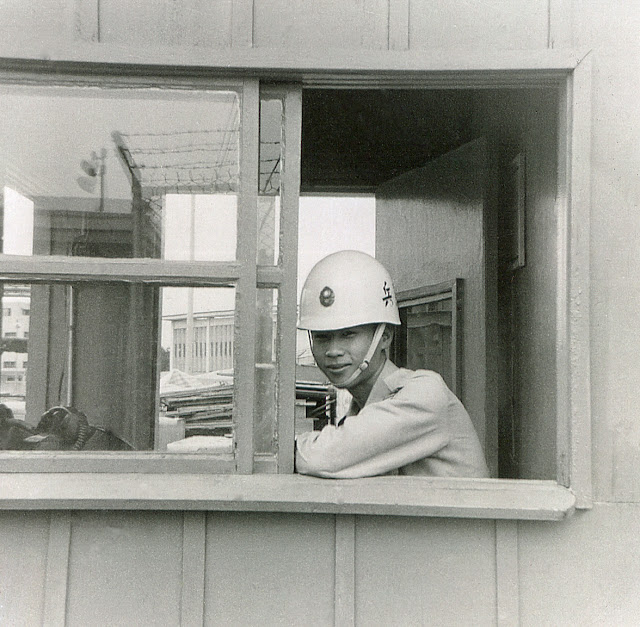 "Chinese Guard on back gate - exiting out to National Taiwan University, next door." 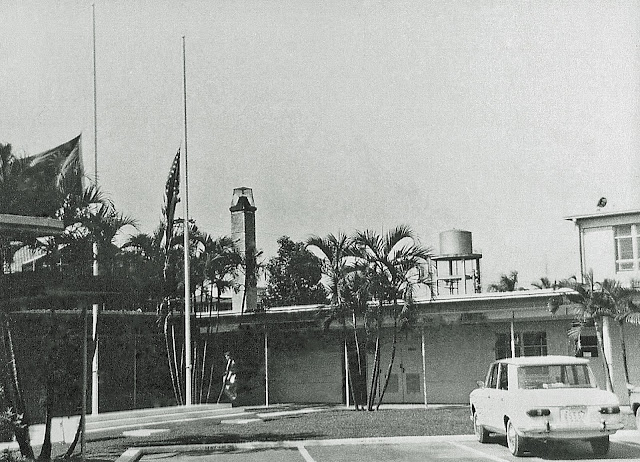 "The door behind this is the Staff Judge Advocate (SJA) office.  (This was our second office.)

Flags are at Half Staff because of Eisenhower Death on 28 March 1969." 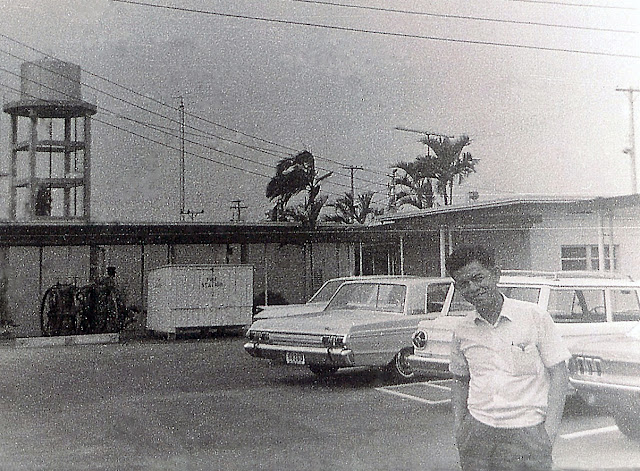 This photo too far gone to clean-up.

"Looking out door of SJA Office, I standing right here one day when Lighting hit water tower.  I know the civilian employee worker, but don't remember his name. 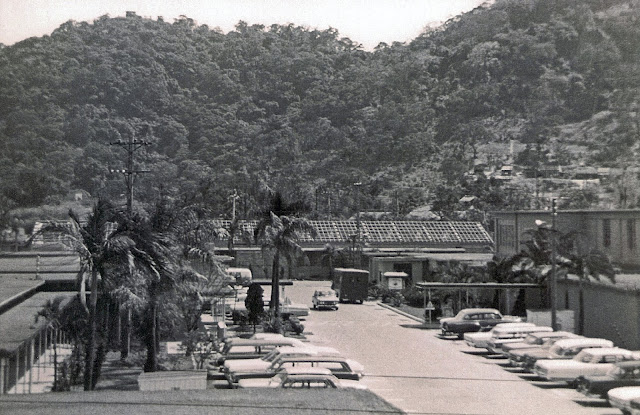 "Here it is-- looks line roof is not totally done on Falcon Club -- so, this was taken between Feb and April 1968." 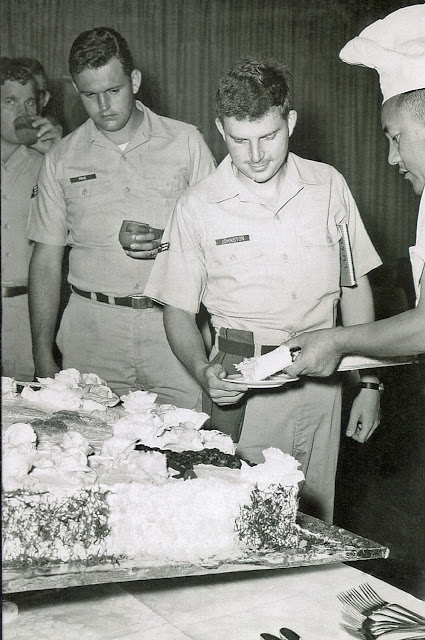 The guy drinking was the First Sergeant. I was assigned to 327th Air Division, we had two First Shirts while I was there."

Your photos and commentary brought back many smiles and heartfelt happiness.

Bill indicated in correspondence that he may have more photos to share.

A story in Saturday's Taiwan Times Newspaper, describes how RIMAC Exercises now being conducted in Hawaii, could help China.


Posted by Taipei Air Station at 8:17 PM No comments: