Received a package in the mail from Jack Hornbeck containing a couple of gifts he picked up at Falcon Club and Club 63 during his time in Taiwan, 1966-1969. 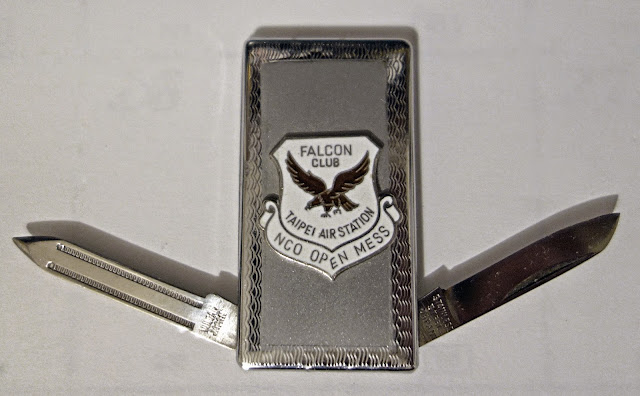 Club 13, NCO Open Mess was the original name of the NCO Club at Taipei Air Station.

Seems like the "powers to be" needed something to hang their hat on....

It's like they re-wrote The History of Taipei Air Station, when our Club's name was changed! 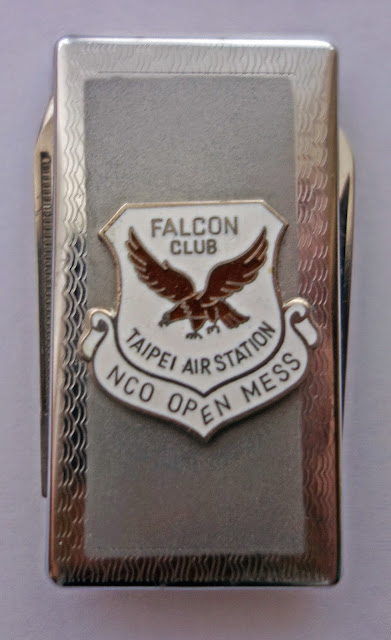 Actually, the back side of this is a large "money clip" for carrying cash you won playing the slots or your poker winnings from the Stag Bar card game. 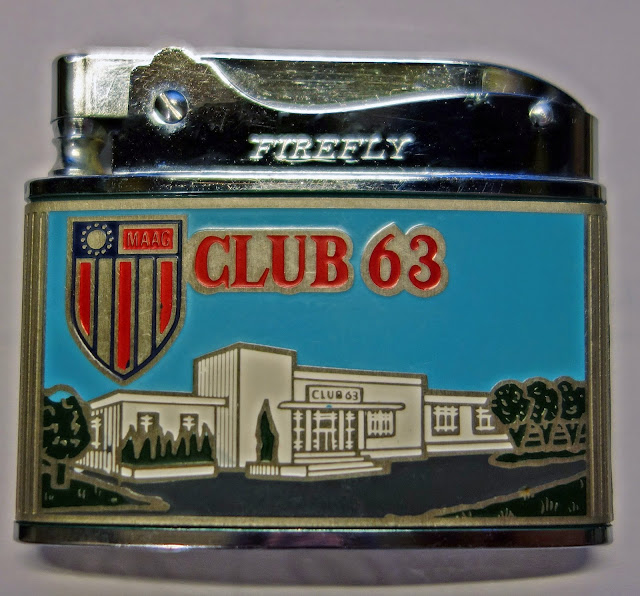 Everyone spent time at Club 63 in Taipei.

We've seen this lighter before, and there were probably a number of different lighters that were gifted to Club 63 members through the years.

This Club 63 lighter is in "pristine" condition.

Jack would have received this sometime in the later half of the1960's. 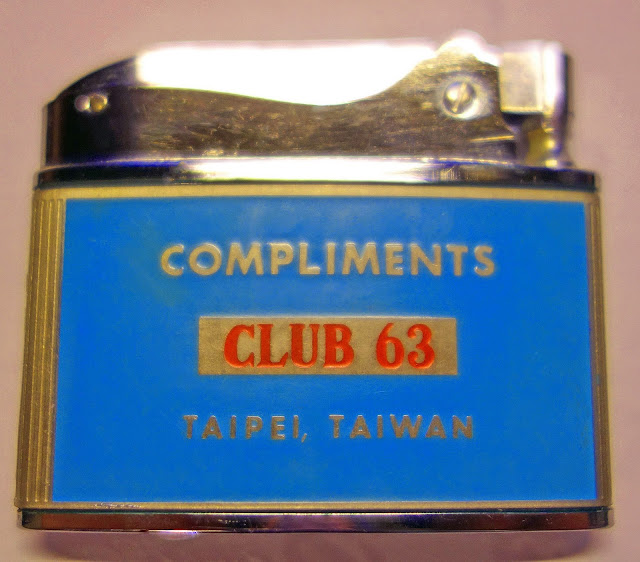 Back side of the lighter, actually the colors are a bit different front and back.

Between the gifts that were passed out at the military clubs around the island and the monthly "Membership Nights" with free dinners and drinks and Floor Shows of questionable nature (just think what would happen if the floor shows we experienced were presented in this day....)

Why, there would be Congressional Investigations, people fired, etc...

There's hardly a military member, spouse or family member, assigned to duty in Taiwan during our time, 1951 and 1979, who would not say some thing along the line of:

"Taiwan was the BEST assignment of my (our) military career."

Few would not agree.

Long live a Free Taiwan and it's wonderful people....

Thank you Jack Hornbeck for sharing your Taiwan gifts.
Posted by Taipei Air Station at 4:23 AM 1 comment: