More on U.S.Marines Returning to Taiwan

Today's TAIPEI TIMES newspaper has an article on their Opinion page discussing the U.S. Marine Guards return to Taiwan.

HERE's a link to the article:

Posted by Taipei Air Station at 10:36 PM No comments:

Some 38 years ago, 28 February 1979, the United States Embassy in Taipei closed it's doors.  The embassy old buildings are long gone.

The American Institute in Taiwan (AIT) then opened it's doors to act as the U.S. Representative Agency (Embassy) and assumed all responsibilities associated with the former embassy.  I'm sure the State Department would say this wasn't exactly so, but judge for yourself.

U.S.Marines will once again stand guard at our NEW, can I say, Embassy?

Before you leave this story, be sure to read my story about the Taipei U.S. Embassy Guards, old photographs and other interesting tidbits.  At the bottom of this story. 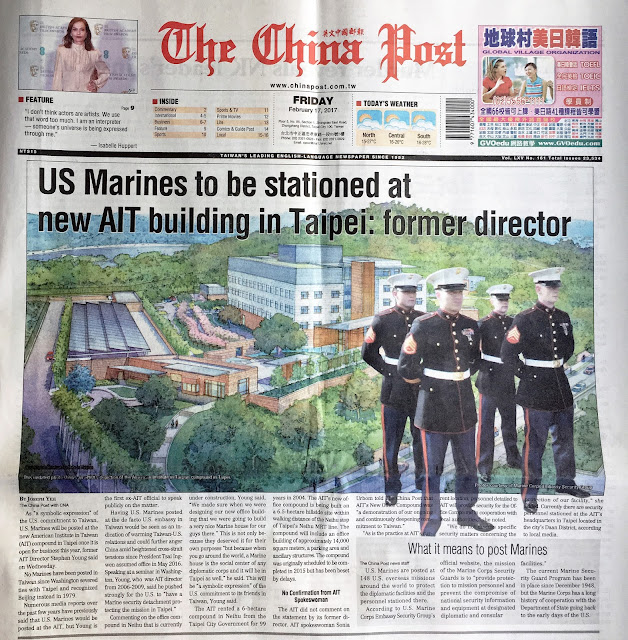 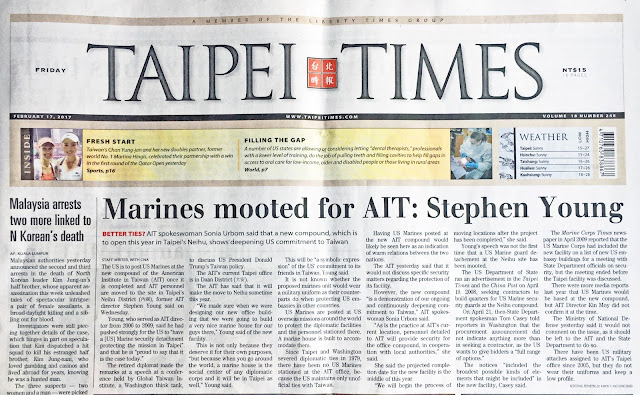 Now you'll want to see my story about the Taipei Marine Guards long ago.

Posted by Taipei Air Station at 8:03 PM No comments:

Over the years of writing this blog, I've spoken with many Taiwan veterans.

In the course of some of our conversations, living in hostels has come up.

I would ask where the hostel was located.  Very few people remembered their exact locations.

I just came across a list of Hostels in Taipei and Grass Mountain.

The list came directly from the 1956 MAAG Military Telephone Book.

A story coming soon has a number of photos from the mid 1950s and includes a picture or two taken inside the grounds of Hostel 12. 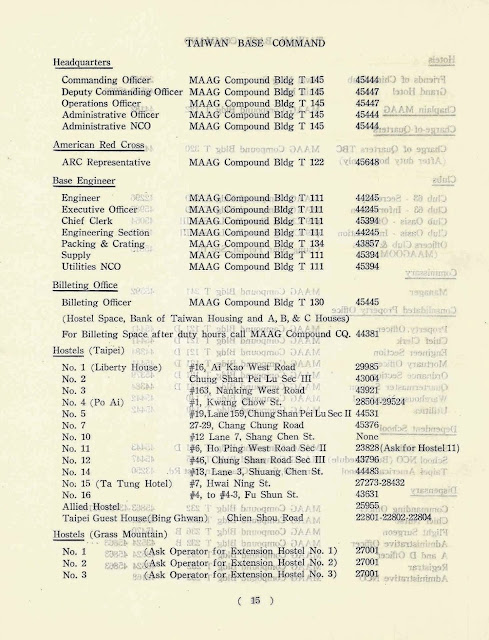 One China and One Taiwan

China - on the continent.

Taiwan - on an Island in the Pacific.

What does President Trump really think? 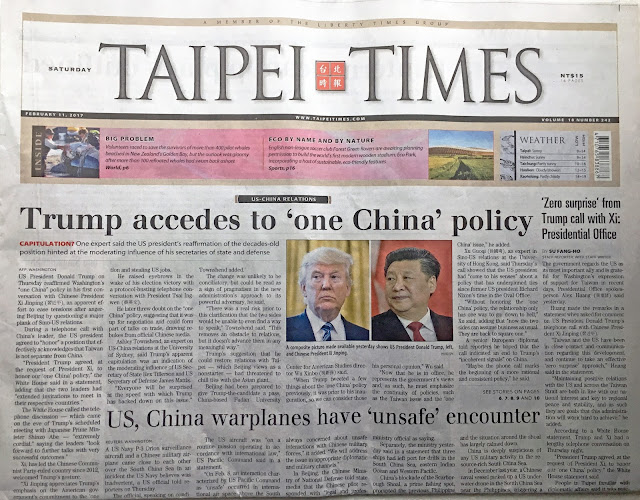 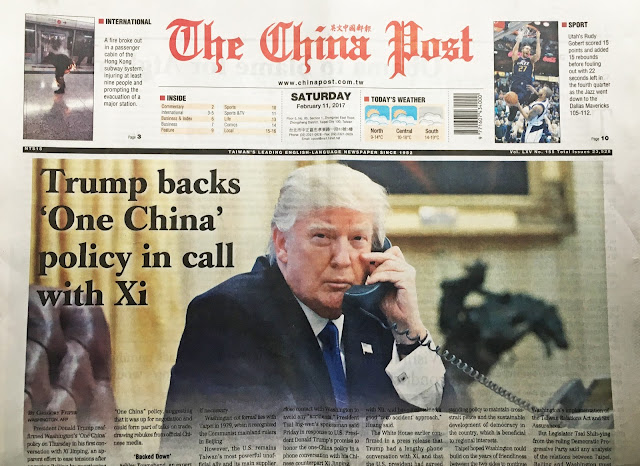