I have a large turkey roasting in the oven and will soon begin preparing my favorite recipe for sweet potatoes.

Later, I will cart the turkey and sweet potatoes to our family gathering as we celebrate this day of Thanksgiving 2012.


We are blessed indeed. 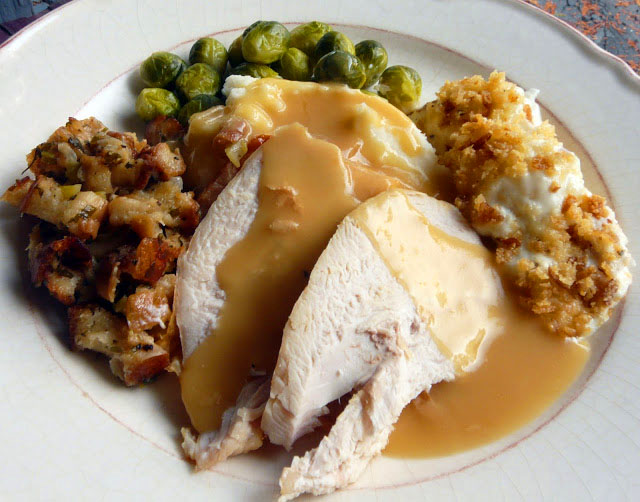 HAPPY THANKSGIVING TO ALL

Posted by Taipei Air Station at 8:14 AM No comments:

More photographs from Ben Hilmes, taken during a road trip to Keelung.


The northern coast has changed during the past 50 years since these photographs were taken.

The building on the left, in the photo above, still stands just across the street from the Keelung Railroad Station.  Some things never change......

Your Comments are always welcomed.  Can you point out the location of any of these photographs?

More photos from Ben Hilmes will be posted soon. 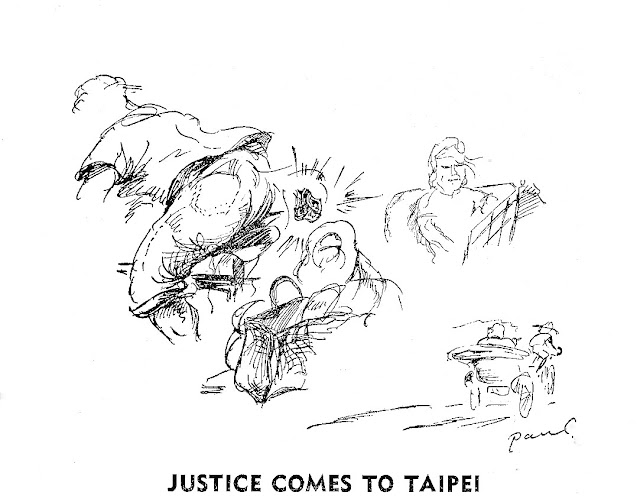 Here is a famous Chinese saying, "Liu Lao Lao tao ta kwan yuan" - which means, dear reader, a country woman in the big city.  This rather excellent saying came to mind the other day when I saw a truly peculiar sight at Taipei Railway Station, while waiting for a friend.

Seems that a boat had just arrived in Keelung from Hongkong and a large number of new arrivals had been cleared through customs and were arriving in Taipei on the train.  Pouring out of the railway station their arrival caused a considerable amount of excitement among the curiosity seekers and the hungry.

To the average Taiwanite, there is nothing so lovely looking as a tourist, a traveler or someone who has just arrived in Taiwan for the first time for residence, unless it be a boatload of them.

Among the crowd of rather desperate but happy looking new arrivals was a woman of obviously straightened means, dressed in threadbare but clean clothing and carrying a small boy of about four on one hip while around her was a pile of rather pitiful possessions.  She was peering here and there, searching for someone who, I supposed, was to meet her but had failed.

Finally, after the crowd of hooting, hollering and money-grabbing pedicabs had sifted out the arrivals, the piles of luggage, bedclothes and children gradually melted away leaving only this one woman and her child.  She was still gazing desperately around, looking anxiously into each face and hardly able to keep the disappointment and the tears from showing in her eyes.

A few pedicabs wheeled past her uncertainly, but one glace at the shabby bundles of possessions told them that this was not a profitable fare.  After a great length, the woman gave up hope that whoever was to have met her was not coming, and began to walk awkwardly back and forth, trying to attract the attention of one of the pedicabs.

One great hulking brute pedaled leisurely over and after sizing up the situation began to talk.  He asked her if she wanted a pedicab, and when she gave the obvious reply, to told her to get in.  Without leaving his seat he leaned over and picked up the bundles and baskets and piled them carelessly around her feet, while she was trying to manage the squirming boy and some smaller parcels.

By this time, I was convinced that my friend from Keelung was not coming so I told my pedicab boy to follow the other at a respectable distance.  As they rolled along the woman hesitatingly began to ask about the fare, to which the ungainly creature on the driver's seat quoted some monstrous price.  After a feeble attempt to bargain the woman subsided, taking a pitifully small roll of bills from her jacket pocket and leafing through them.

The pedicab rolled along and in the hot spring weather the driver's back was soon soaked.  He hauled a handkerchief from his pocket to wipe his perspiring brow.  The pedicab rolled on, and as our ways parted just then, I watched them out of sight with the woman still hanging on to her packages and the little boy.

Oh yes!  the point of the story?   Well, in the reference in the first paragraph, Liu Lao Lao, the woman from the country, despite many bad starts always had something nice happen to her.

I wonder what the lady thought when she finally unpacked the basket and found the thick packet of money which dropped from the pedicab boy's pocket when he pulled our his handkerchief.  She was too busy with her baby and her packages to see it when it happened.  And I wonder what the pedicab boy thought when he checked his pocket and found the money missing?

And, I have so often wondered about people that doubt that there is a great presiding and omniscient force which guides such events and effects retribution and justice with both a stern and merciful hand.  I wonder?

This story and other articles found in this Blog came from his book,
"From A Yankee Notebook in Taiwan"


Please leave your Comments below, or e-mail me ~~   Taipeiairstation@yahoo.com


Posted by Taipei Air Station at 9:28 AM No comments:

More photographs from Ben Hilmes, taken during a visit to Yangmingshan Park. 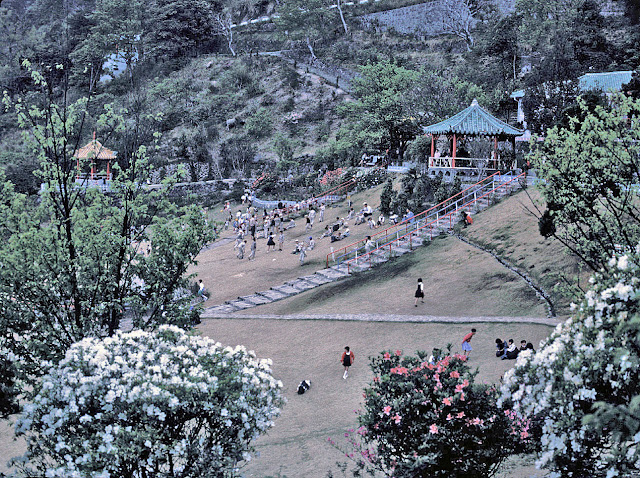 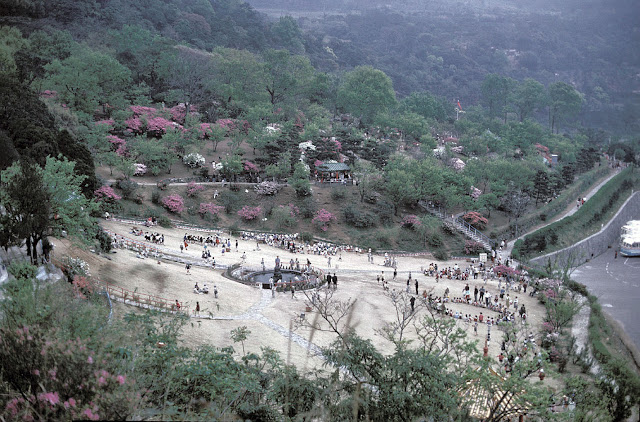 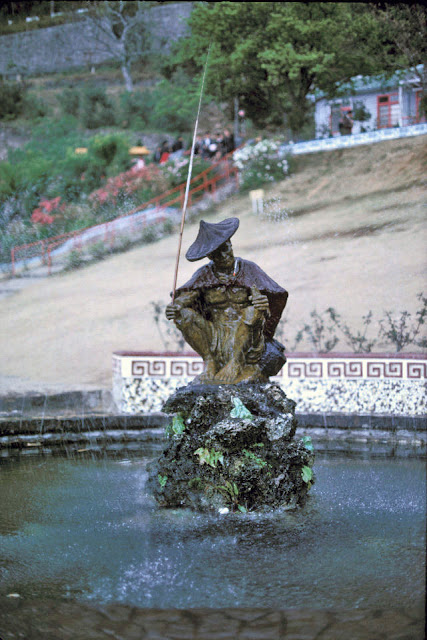 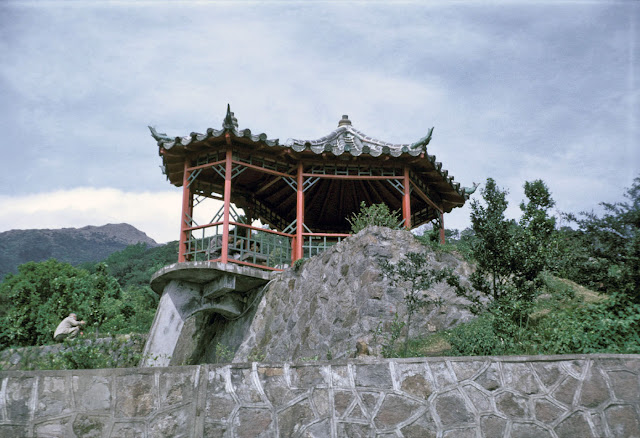 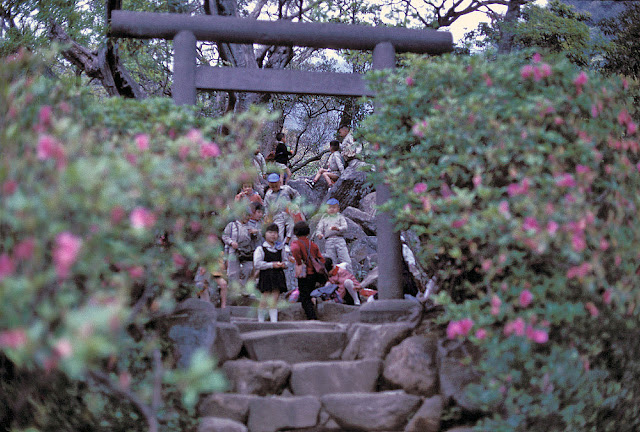 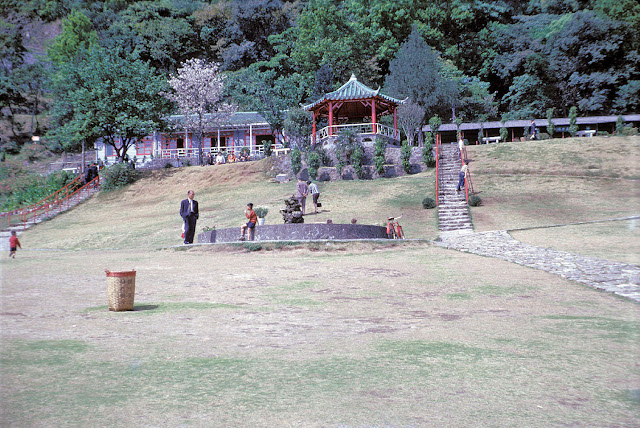 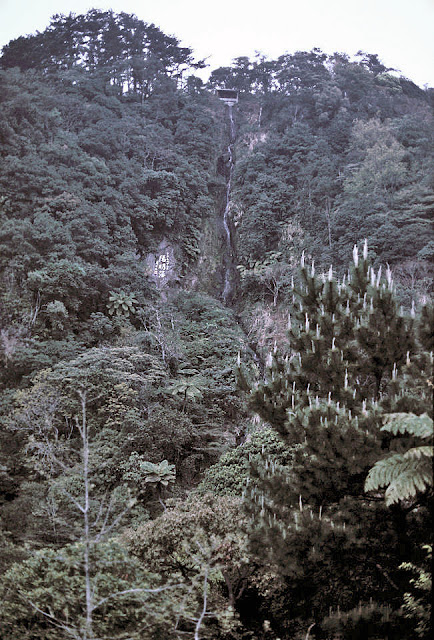 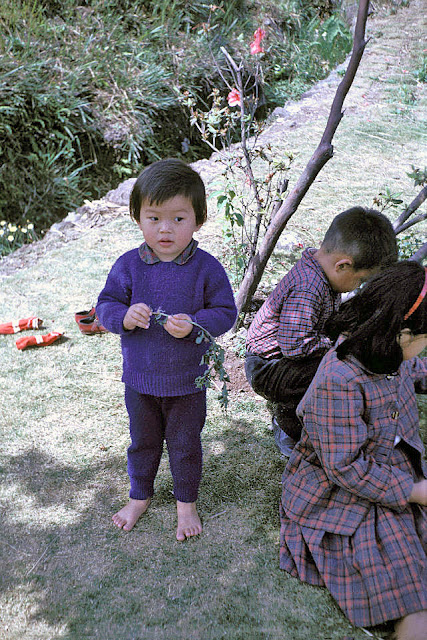 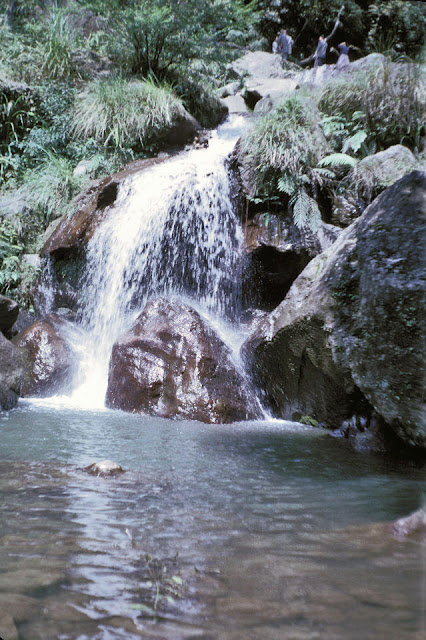 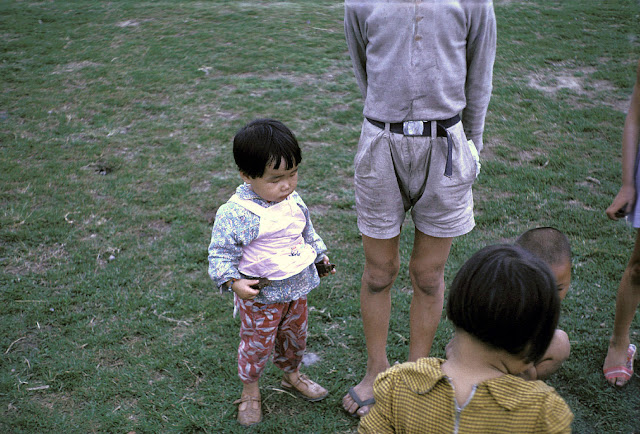 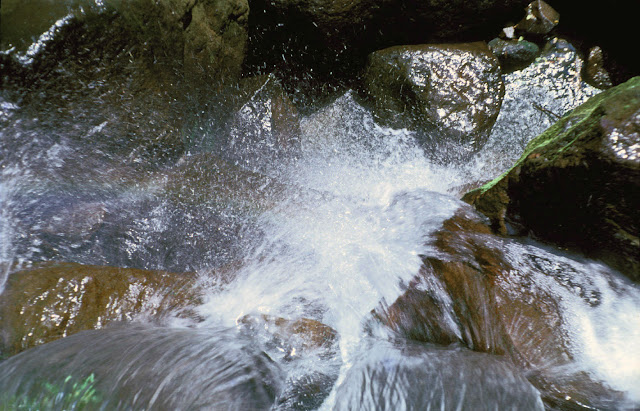 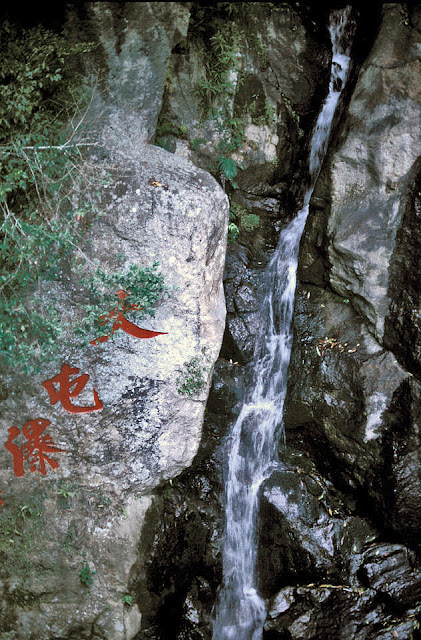 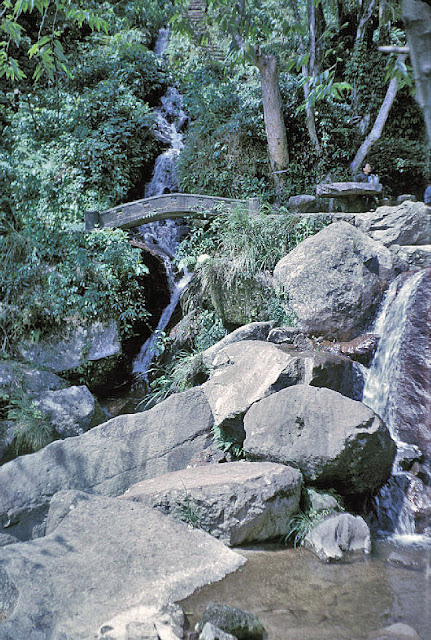 Many thanks to Ben Hilmes

More of Ben's photographs coming!
Posted by Taipei Air Station at 8:42 AM 1 comment: