A Daughter of a Tainan AB Pilot Checks-In

Sherry Banks the daughter of Lonnie Teague wrote to us:

We lived in Nine-house compound.

I know my dad went to Quemoy sometimes but I don't know what he did there.  He was a fighter pilot.

His best friend was a Capt in the Chinese Air Force, Orlando Hue.

My dad had a heart attack while he was flying but he was able to get the plane back to Tainan and land.

There's so much I don't know but would like to find out.

I have some pictures of the compound but we didn't go to the base much that I can remember.

I would appreciate any information of that time period and especially anyone that knew my father.

Please write and we will arrange contact with Sherry Teague.
Posted by Taipei Air Station at 11:34 PM 4 comments:

Old Pillbox on Tainan Air Base 1957

Here's an old black and white photo sent over by Guild Fetridge who was stationed at Tainan AS assigned to the 868th Tactical Missile Squadron from 1957 to 1960.

Those of you were at Tainan AS in the 1950s may recognize this old Pillbox.

I know there were a number of these old boxes around the base.

Do you recognize this particular one and it's location on the base.

I believe the metal building seen in this photo might help identify it's location for those of you who were at Tainan in the 1960s. 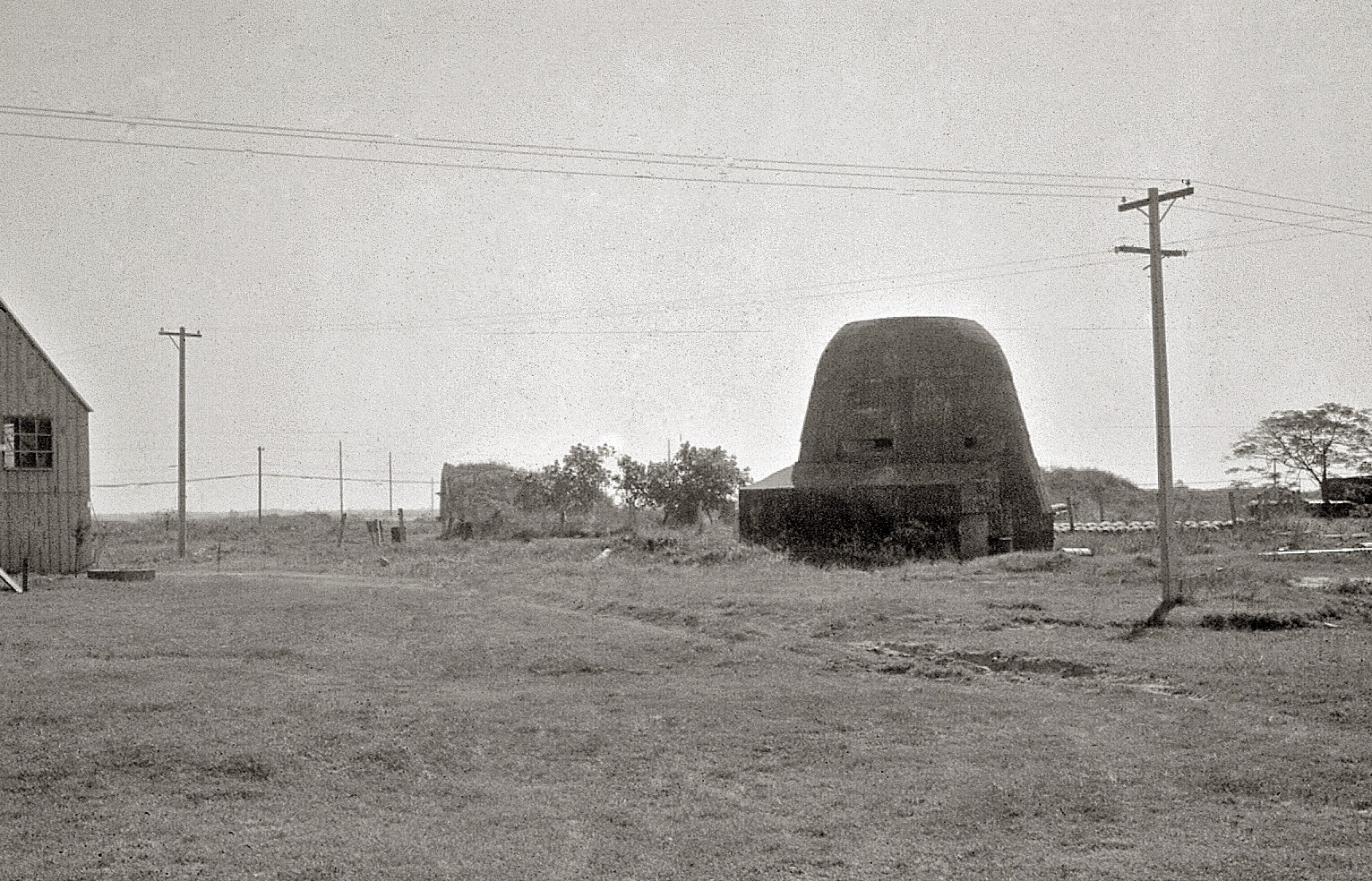