Water Rationing Around the Corner in Taipei

Like many places in the world, Taiwan has experienced serious rainfall shortages this winter. 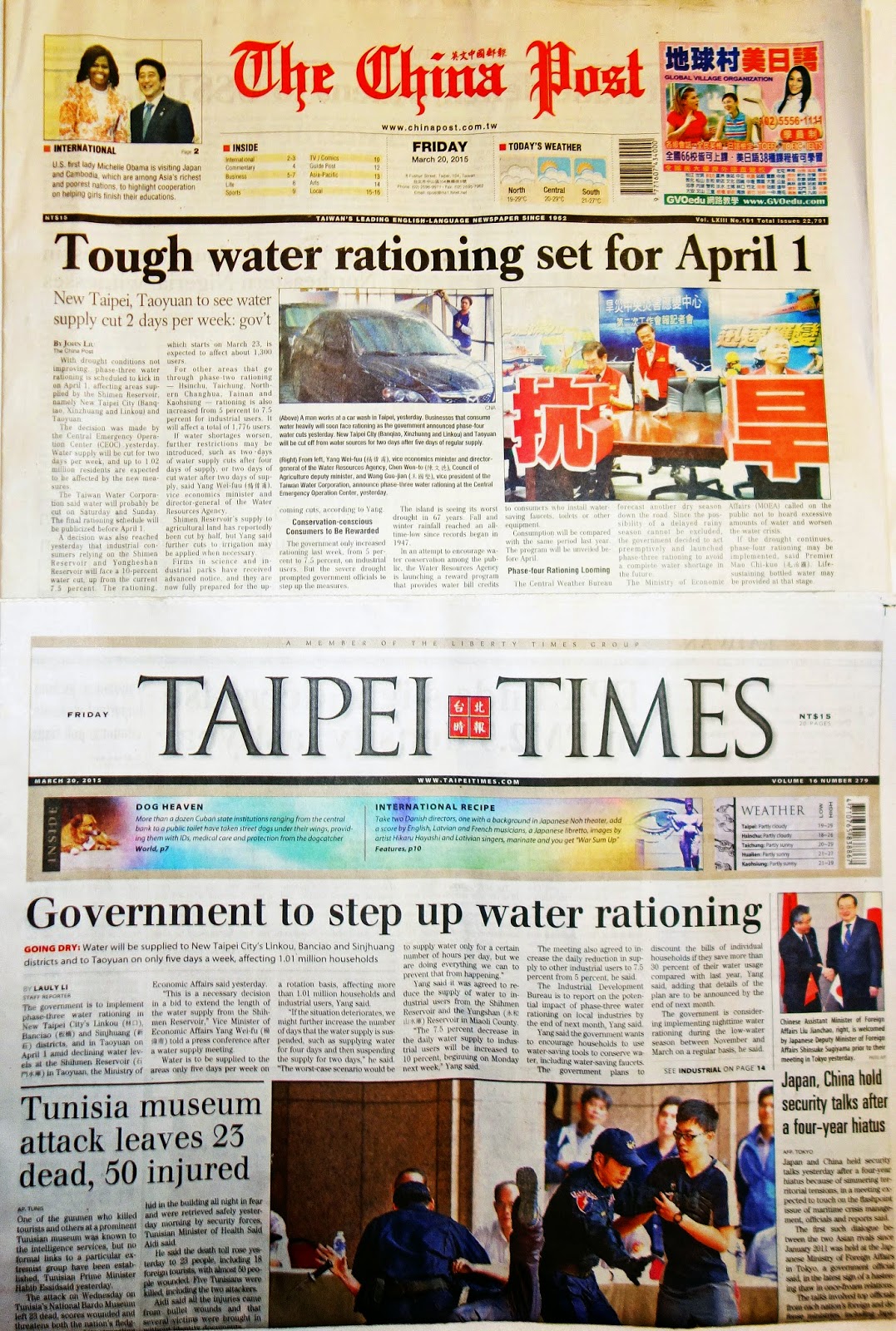 Read both stories below:

Posted by Taipei Air Station at 10:55 PM No comments:

Got a radio link from my Navy friend, John over in the Philippines..

I grew up in south Texas in the 1950s and begin to listen to music on the radio when Elvis and those who followed the early Rock and Roll era came on the scene.

Country and Western music back then was something our parents and cowboys listened to. I remember those High School cowboys used to drive around the places where we hung out, the drive-ins where you used to get your hamburger, onion rings and cherry or vanilla Coke or ice tea, delivered to your car window on a tray. There would be rock and roll music filling the overhang area from the jukebox inside the drive-in. Some of the young cowboys would slowly drive past everyone with western music blaring out the windows, and every cowboy teenager had at least one rifle and shotgun hanging across the rear window.

We constantly twisted through the radio dial trying to find Rock and Roll music when the music from the jukebox stopped.

There was a radio station across the river in Mexico that played Rock and Roll an hour of so every afternoon.  A local station in my hometown, KRIO, played an hour of Rock and Roll on Saturday mornings.  At night, after sundown, we could usually pick up WLAC, a 50,000 watt clear channel radio station out of Nashville, Tennessee.  They had a program sponsored by Randy's Record Shop of Gallatin,  Tennessee, that played Rock and Roll and Rhythm and Blues music.  I suspect some who read this may have listened to WLAC?

Now that I've lived just about as long as the speed limit on Texas Expressways, I've discovered that country and western music I believed so awful in my teenage years, is really kind of interesting.  Teenagers often get it wrong.

I guess it's better that I listen to those old songs now than miss them altogether.

Check them out for yourself.


HERE a link to the radio station that plays Country and Western without commercials.  One after another.....

Something new for you to experience too?