It's the old story, everyone is dancing around the subject!

In Saturday's Taipei Times newspaper, an article quoting CNN as saying US Marines would be sent to guard our new AIT complex in Taipei..But, is that FAKE News?

Today, no one talks.

It took many more years to build than planned, but the new American Institute in Taiwan (AIT) compound was finally dedicated yesterday in Taipei.

Here is the Taipei Times story --- 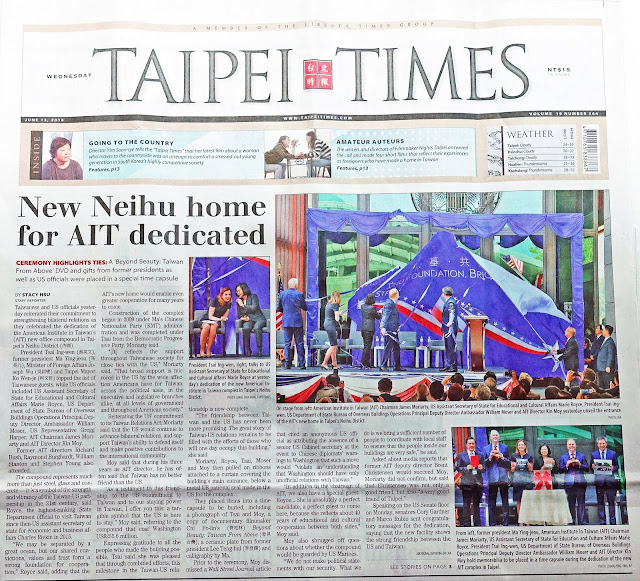 Here is link to the On-Line story at the Taipei Times Website which is probably easier to read:

Posted by Taipei Air Station at 6:45 PM No comments: 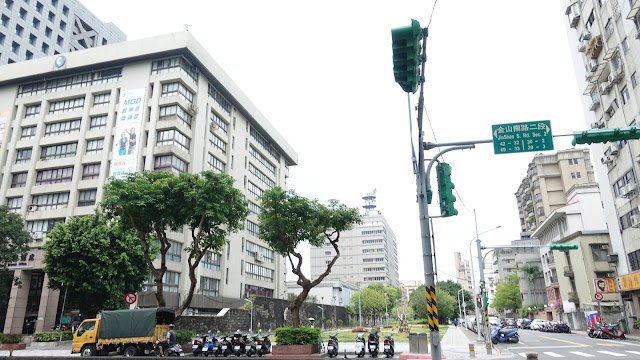 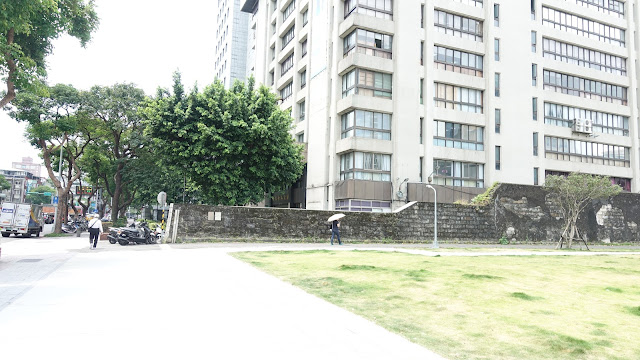 I arrived before anyone else. It was overcast with slight threat of rain. 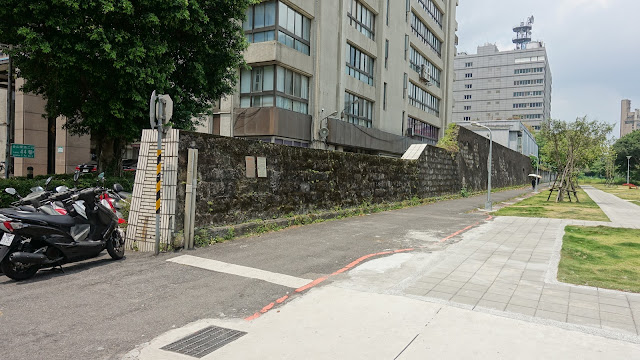 Here's the end of the old prison wall. 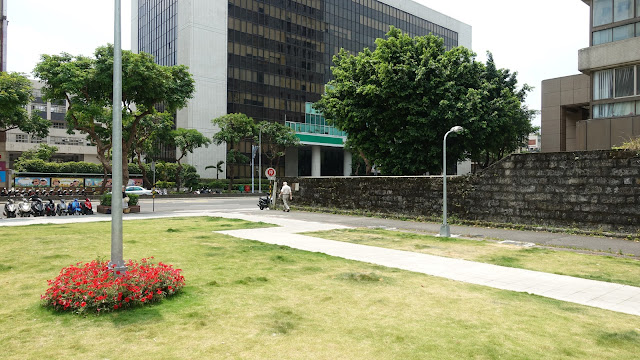 Looking back toward the end of the wall. 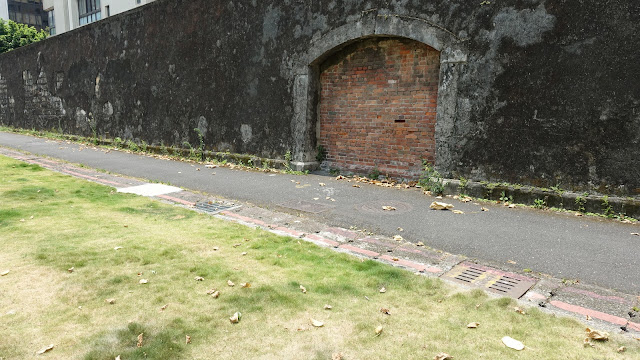 During the ceremony, you will hear Michael Hurst talk about what happened to the bodies of those executed inside the prison.

Here is that old gate, now bricked-up, where bodies were placed. 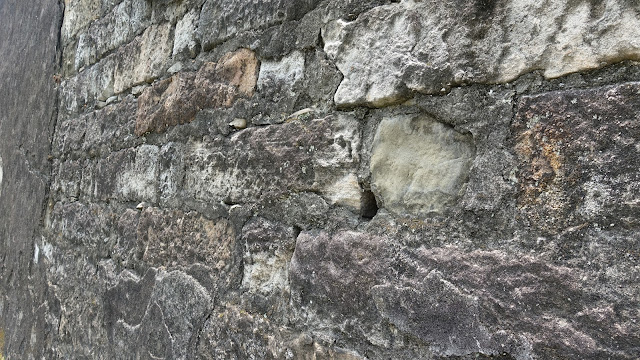 During the ceremony, Michael Hurst talks about the prison wall being constructed from the stones that once were the wall around old Taipei, torn down during the Japaneses period and used to construct the wall surrounding the huge Taipei Prison. 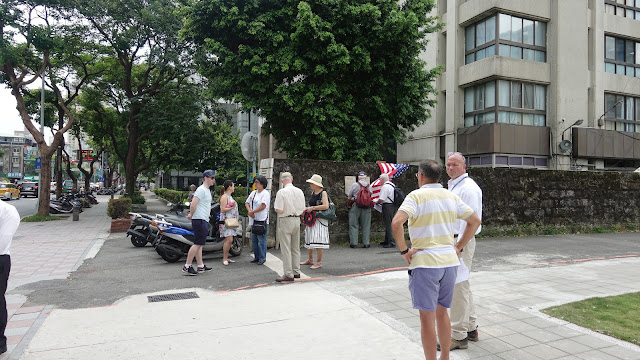 Here, some of the people who came to the service, talking story before the ceremony commenced. 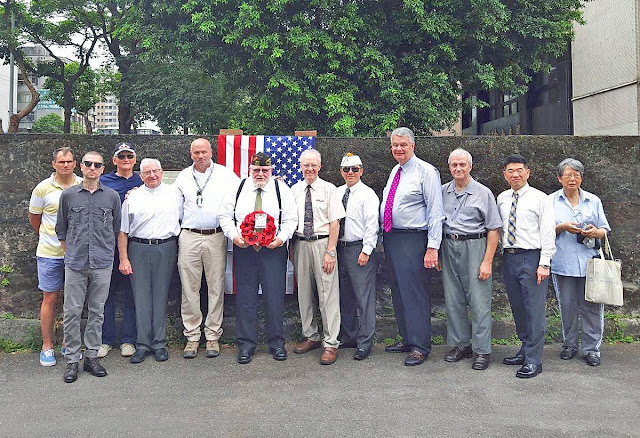 Courtesy Michael Hurst
Here some of the folks that came out for the Memorial Day gathering. 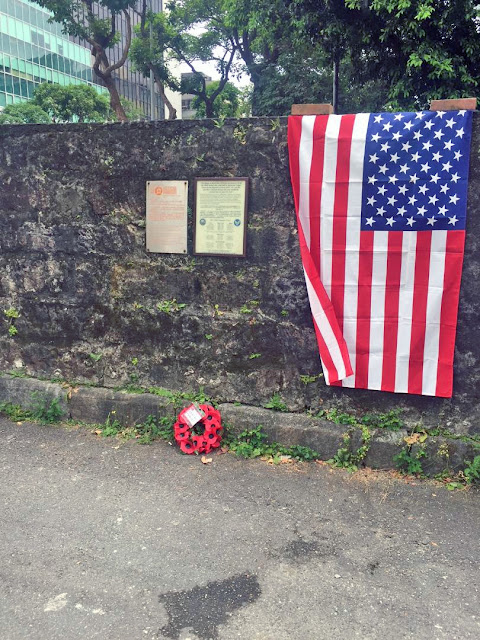 The Memorial Day gathering was organized by:

Before you watch the video below, I would like to mention that the portable audio system that is usually used was not functioning.  Apparently the batteries were gone, and there was not time to replace them.

As the ceremony began, the wind begin to blow as the rain clouds blew over the site.  A sprinkle of rain here and there, but the largest problem was the wind whistling past the camera as I was recording, blocking out the speaker, Michael Hurst occasionally.

What's important, we gathered to remember those who were men who lost their lives here at the prison and all around the world.

Memorial Day 2018 along the wall outside the old Taipei Prison.

THIS YOUTUBE VIDEO WANTS TO BEGIN AT 5.11 MINUTES IN.

I ATTEMPTED TO CORRECT IT A NUMBER OF TIMES, BUT IT WON'T MOVE.

SO, WHEN IT BEGINS, JUST PUSH THE RED LINE IN THE BOTTOM OF THE VIDEO TO THE LEFT AND THEN LET GO, IT WILL BEGIN AT THE BEGINNING..