Back in August 2012, we ran a story about Tony Coolidge.


Tony was born in Taiwan in the mid 1960s, fathered by a US Airman assigned to Shulinkou Air Station.


What ever the reasons were and are, he was never able to locate his father, even though we know his name and where he worked.


Tony also has a number of photographs of his father, taken in the 1960s.

Based on our inability to locate any trace of his father, we assume that Mr. Smith, after his stint in the US Air Force, took employment with one of the companies whose offices are in the Washington DC area.

Perhaps this is another "Mr. Smith goes to Washington," story?

Here is a link to our earlier story concerning Tony.

Tony, his wife and children have recently moved from the United States to Taiwan.


Tony and his wife have dedicated themselves in helping bring international attention to the indigenous tribes of Taiwan.

Tony’s mother was from the Atayal tribe of Taiwan, one of the 14 recognized Austronesian tribes.

These tribes are the ancestors of the millions of Polynesian descendents, which now populate the Pacific islands like Hawaii, Fiji, and Samoa, also countries like Indonesia, Philippines, New Zealand, Malaysia and Madagascar.

They are all related by DNA and language, and Tony wants to help Taiwanese people rediscover their connected heritage, hopefully bringing about more international cooperation and opportunities for Taiwanese people.

Perhaps you can help Tony in his quest to locate his birth father.

If you have any ideas to help us locate Mr. Smith, they would be greatly appreciated.

Where were you when you first saw this photo? 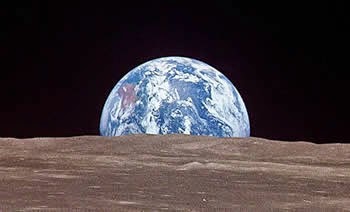 On December 24, 1968, the first photograph of "Earthrise" was taken by William (Bill) Anders, an astronaut on Apollo 8 Mission, as they  circled above the moon.


As you watch this video, the actual conversation between the astronauts can be heard as they see earthrise for the first time.