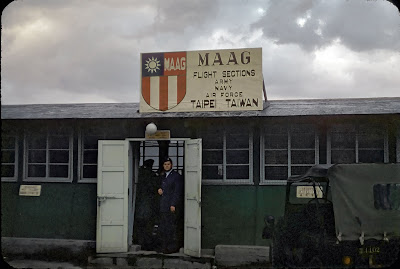 This photograph confirms that MAAG at one time did have a central Flight Operations in Taipei.
The photo was most likely taken between August 1955 and July 1958 based on the type of Kodachrome slide casing it was found in. I picked up this slide from eBay, unfortunately no other Taiwan slides showed up when the set arrived from the seller.

There are a number of mysteries that remain to be discussed; MAAG assigned aircraft and their roll in Taiwan assistance is one of them.

The sign seen through the Jeep window announces that the space is reserved for the ATF 13 (Air Task Force 13) vehicle.

The sign on the opposite side of the building door says the space was reserved for MAJ Tillery, who must have been the OIC at the time.

Can anyone shed more light on MAAG Flight Operations in Taipei during the 1950's?

I know there were few folks assigned to ATF 13 when it began, and things were in constant change.

The following was gleaned from the "Air Force in Taiwan History "document, which will be posted to this blog at a later date:

The "shack" in the photo above may have had something to do with the C-47 aircraft assigned to AFT 13. The building reminds me of the structures we often see in WW II. films.

In addition to Air Force pilots, there were probably Navy and Marine Corps personnel who were on flight status, holding positions in MAAG, who needed to acquire flying hours in order to maintain their flying status and the compensation that goes with it.

A Visit to the Grounds of Chiang Kai-shek's Shihlin Residence

Many of you will remember passing the Chiang residence, some on a daily basis. You couldn't see much in my day, but we all were aware who's home it was.

Now that the area has been opened to the public, I decided to visit to see what was behind those walls.

My afternoon visit turned-out to be a pleasant surprise and heartening experience. 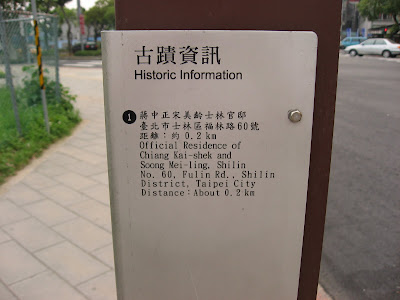 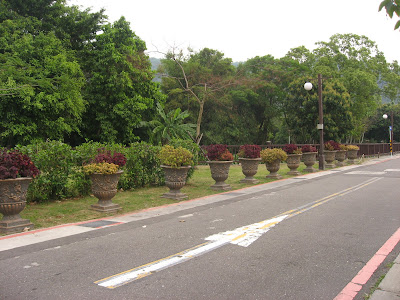 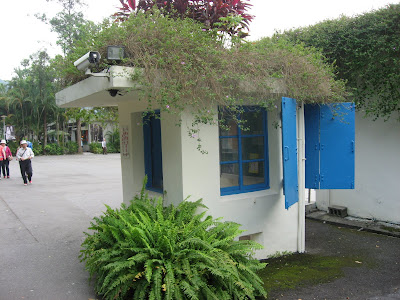 No question, the main gate guard station was prepared for any contingency. The windows have three-quarter inch metal covers. Guards are no longer stationed on the grounds or at the gate during visiting hours. 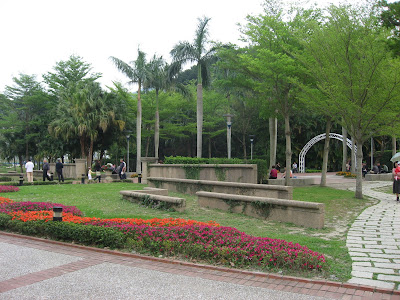 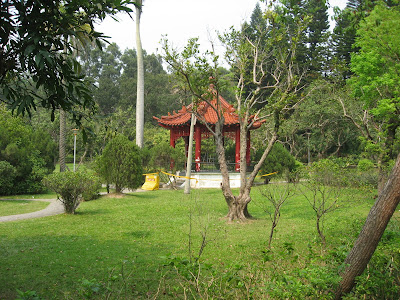 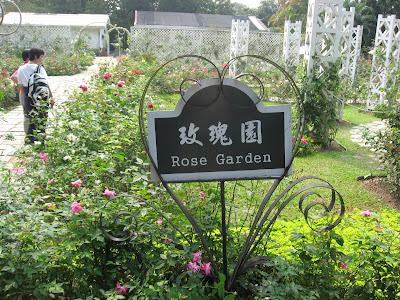 Madam Chiang's favorite flower was the rose. This rose garden area covers close to an acre. 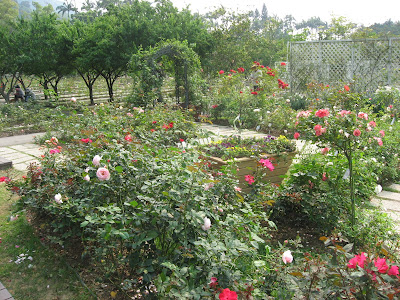 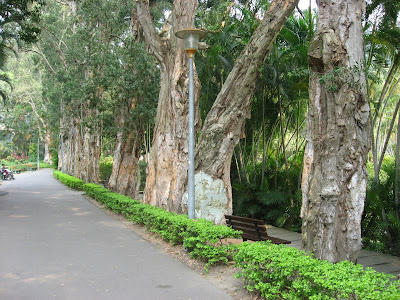 The drive leading to the residence. 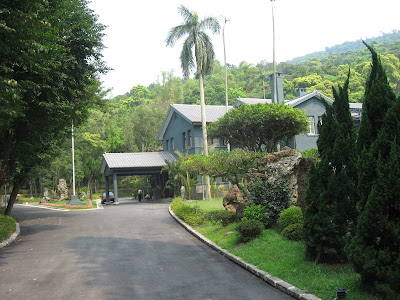 Gated and fenced, the home is still off-limits to all. 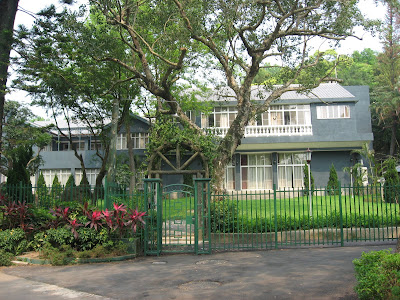 The Chiang's western style home, said to have been build in 1950, sits in lush surroundings, close to the forested hills to it's back. 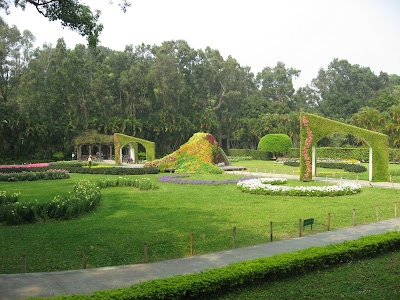 Flowers and beauty to feast on in every direction. 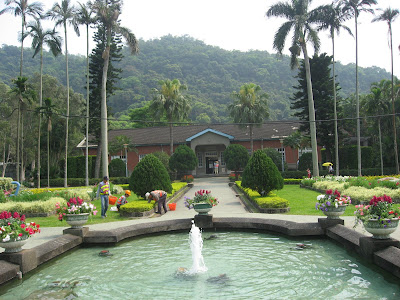 A large team of gardeners maintain the grounds. Spring flowers were being transplanted. 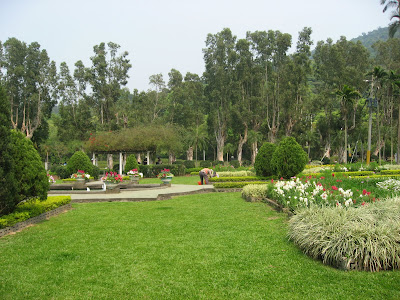 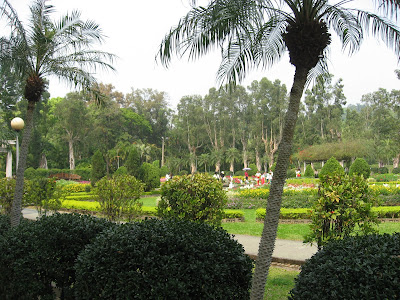 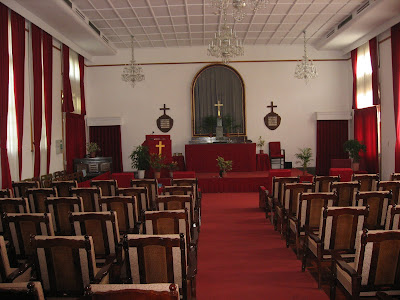 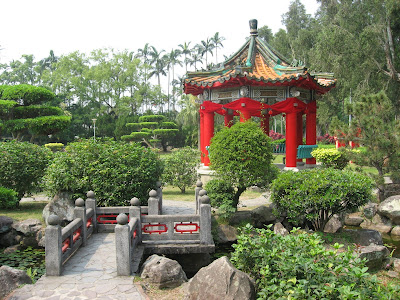 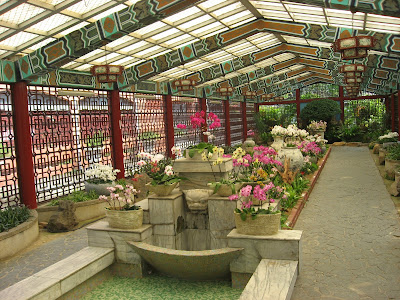 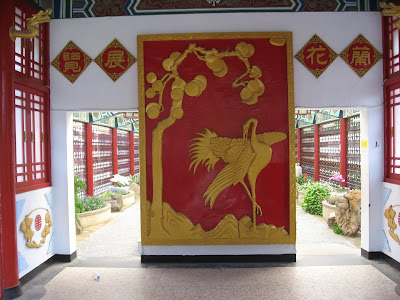 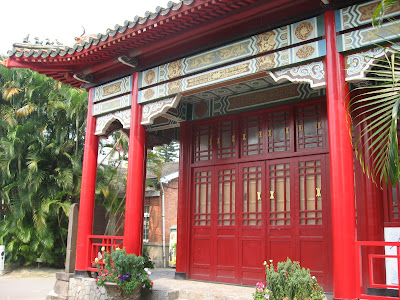 I left refreshed and happy late in the afternoon. I did not find any hint of waste by the Chiang's. Chiang Kai-shek was the President of the country and this was his home.

I found this article from the Taipei Times Newspaper which provides more detail on the home and the Chiang's. Please take a few minutes to read the article, it brings so much information to light about the Chiang's.... You will enjoy the read.

After my visit, I stopped in a small restaurant for pork dumplings and a bowl of hot and sour soup. A great meal to wrap-up and great afternoon.


Posted by Taipei Air Station at 5:06 PM No comments: