Ted wrote-in with an interesting question about Motorcycles in Taiwan.

Back in the day, many US servicemen rode motorcycles.  To have major  work done on their bikes, sometimes it was necessary to visit Taipei. The best known shop in the 1960s was apparently Shiao Lin's shop.  I'm sure most folks who rode motorcycles in the Taipei area were familiar with his shop.

"How many people remember Shiao Lin's motorcycle shop?  It was in Taipei just off Chung Shan North Road, on Minchuan Road,  just down the street from the Kings Hotel.  If I remember right,  he catered to most all of the motorcycle riding military people and it was not unheard of to see a bike that was brought up from Taichung."

"It would be fun to see any pictures of him and the shop and also to know if he is still around." 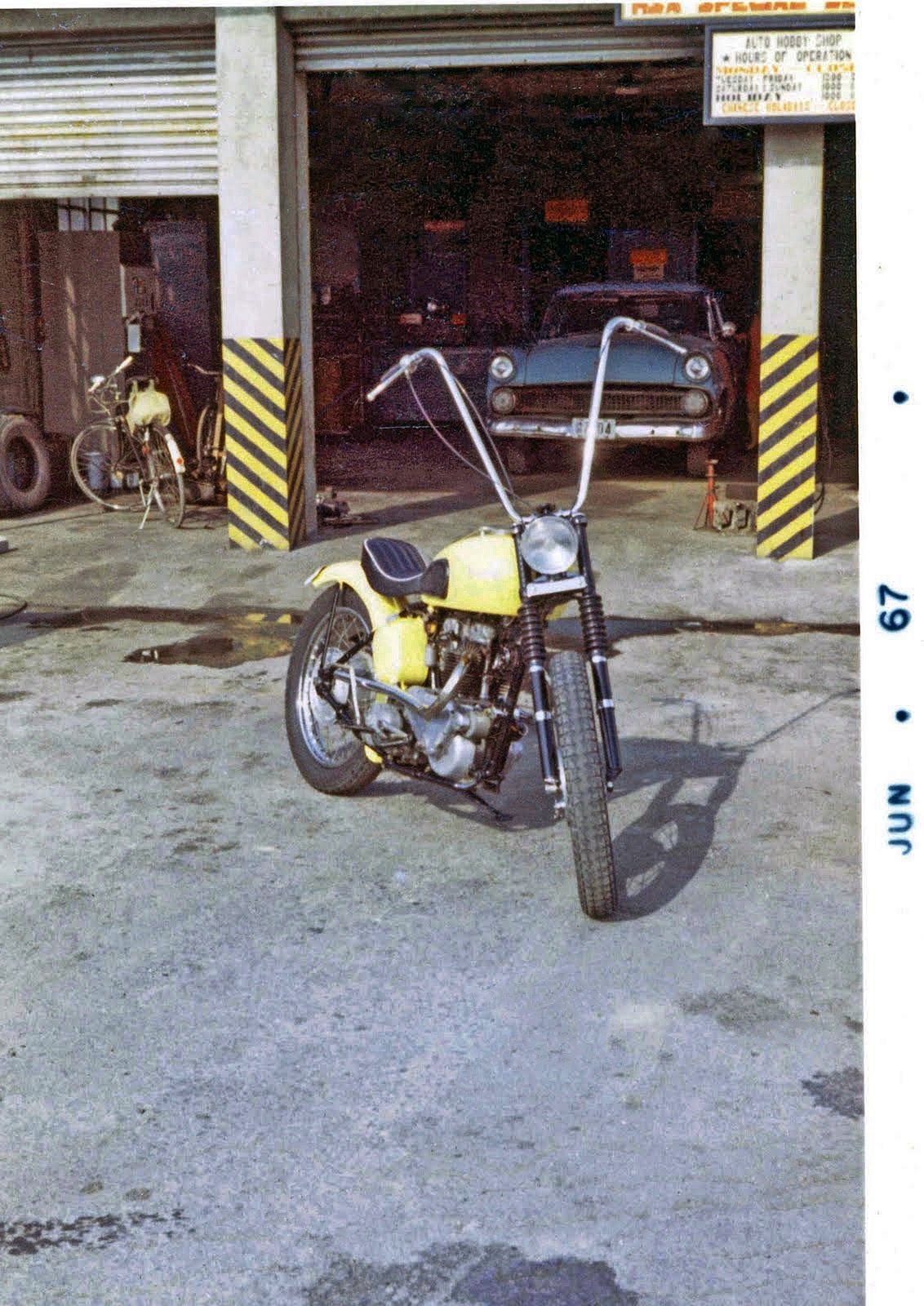 Here's one of Ted's motorcycles, a  500cc Triumph, parked outside the HSA Auto Hobby Shop in Taipei, 1967.

Does anyone have photographs of Shiao Lin's garage and/or perhaps a story about your motorcycle in Taiwan.

Posted by Taipei Air Station at 8:13 AM No comments: