Please meet Ted Baxter and his lovely bride Judy.
Ted and Judy reside in Oregon.
This mid 1960's photo was taken during an outing to Taoyuan Air Base.


Ted's first motorcycle in Taipei. A nice looking BSA 250cc. Ted said he purchased the bike from someone leaving the island. 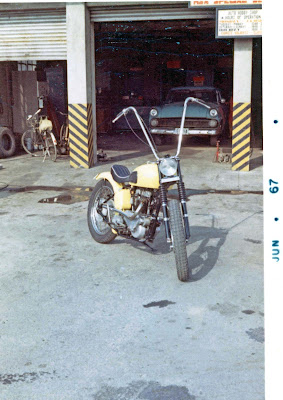 Ted's next bike, a 500cc Triumph, which was also manufactured by BSA.


Ted found this bike sitting in the bicycle/motorcycle parking area in the west compound next to the HSA Snack Bar. It had been sitting for some time. Ted describes it as being dirty and abandoned. He was able to run down the owner through military vehicle records. The owner, a Shu Linkou GI, was happy to find a buyer. Ted describes the bike as needing some work before he got it back on the street.

A nice photograph of the FASD Hostel just outside the HSA East Compound gate on Chunshan North Road. Ted's Triumph seen at the corner.
I bet half or more of the guys who were single and stationed in Taipei resided in this or the Hostel just to the rear at one time during their time in Taiwan.


Of course, Ted was unaware of the "No Parking" sign at the side of his bike.
An interesting note, this is Hostel # 16 if you are to believe the sign on the fence.
I am told that there were a couple of motorcycle shops most of the military folks used a few blocks south of the compound.

Can anyone furnish additional information and/or photographs of any of the repair shops frequented by our bikers?
These were certainly interesting days in Taiwan..
More interesting photographs from Ted are forthcoming. 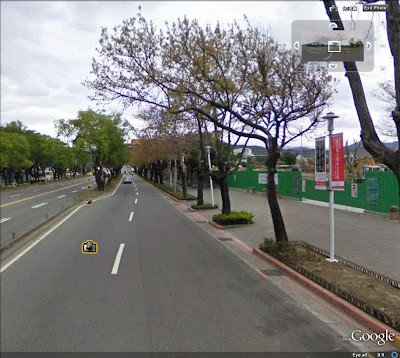 Looking north just past the Hostel which was on right side of this photograph.
Lots of traffic passed the compounds back in "the day." 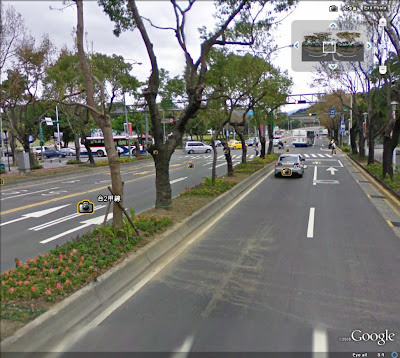 Approximately same location as photograph below. Google Street View, 2009
Many forms of transportation made their way up and down Chungshan North Road.
Posted by Taipei Air Station at 9:55 PM 3 comments: