A Name From the Past - Joe Brooks 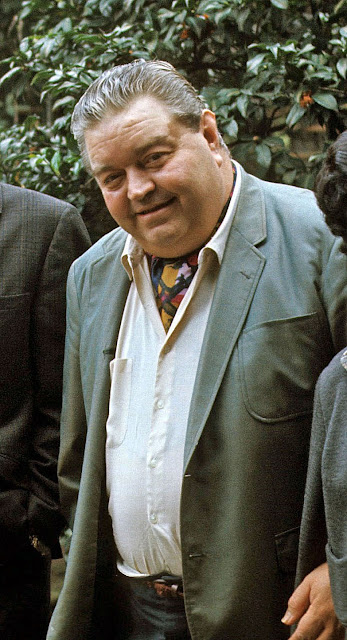 As an avid listener to our military radio station in Taipei, Armed Forces Network Taiwan (AFNT), I often heard the name Joe Brooks, the station's program director.
I remember one of his radio programs on AFNT was broadcast in the early evening on Friday or Saturday.
Joe’s mellow voice captured my imagination  as he related stories and yarns  he remembered from his days in the US Army in China during 1946-49. I don't remember any specific stories, but I do remember how interesting they were.  How I wish those programs could be available today.
He would reminisce about incidents in this life, but more often, he would spin old ghostly stories of China, which always raised the hair on the back of my neck. He was a master of presentation. If you paid attention, you were quickly drawn into his stories. Soft Chinese music floated in background, adding realism and foundation to his words. Folks who grew up before television were familiar with storytelling on the radio and Joe’s stories quickly captured your imagination.
Fast forward to 2005. I am getting up in years and have spare time at home. I begin to explore the Internet looking for information of Taiwan and particularly the US Military in Taiwan. I find some information, but nothing on the many US Bases or MAAG Taiwan, in English.
After a number of months agonizing over whether I should begin a web site, I finally find the courage to begin work, and soon open a web page.
On Double 10 Day, 雙十節, 10 October 2005, I officially open a new Web Site, Taipei Air Station.
One of the areas in the Taipei Air Station web site is titled, AFNT Radio. I really had little to put into this area and asked if anyone could provide photographs or stories for inclusion. Unfortunately, I received little or no response. 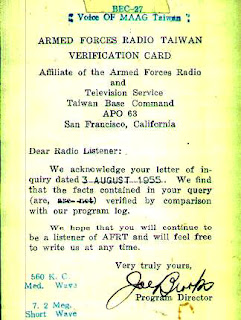 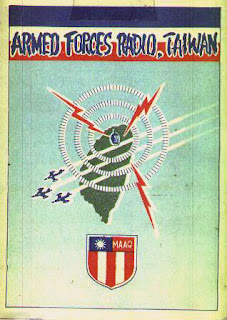 I understand why. Over the years, there were few military folks assigned to AFNT.

Trying to dig up history from the past is difficult no matter where you look. 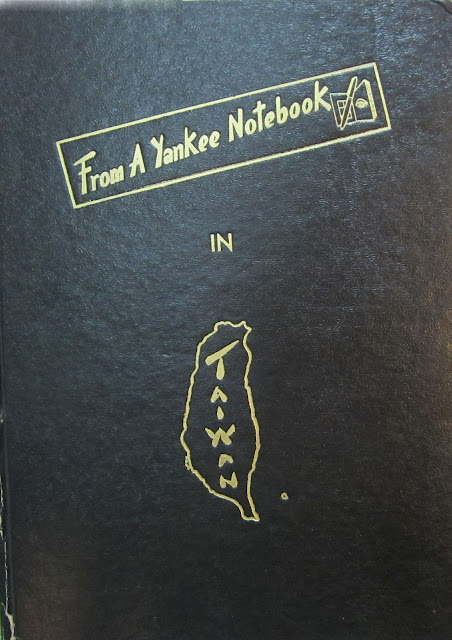 I was talking to a friend who mentioned Joe Brooks and his book, From A Yankee Notebook in Taiwan. I had not read the book. I remembered the Joe Brooks name, and I was familiar with Joe’s radio program.
.
As luck would have it, I found a copy on the Internet and bought it.
After reading the book, it occurred to me that his articles, once published in the CHINA POST Newspaper would be of interest to readers of the Taipei Air Station web site and Blog.
Before I could publish his stories I needed to get permission from Joe Brooks. I had no idea where to look for him.
By chance, I ran across a new Blog, Armed Forces Radio. One of the articles was about Joe Brooks.

I left a comment on the Brooks article. Some time later, I was back on the Armed Forces Radio Blog and saw a new comment on the Brooks article, a comment from Joe’s Grandson. As it turned out, his grandson was also living in Hawaii, and to my surprise his father, one of three boys Joe had adopted, was also in Hawaii.  The three of us got together and had a wonderful time.
One thing led to another.

On a recent trip to Taipei, I stopped by the CHINA POST office where I was told another of Joe's sons, Gordon was working.


I took a long route to find information about Joe Brooks, but it was a journey filled with wonderful stories and a joyful beginning of meeting new friends.
Many of you folks have never heard Joe’s radio stories. During my meetings with Joe Brooks’ two sons and grandson, I asked for permission to publish some of Joe’s stories in “From A Yankee Notebook in Taiwan.” The book was published in 1955. All of the articles originally appeared in the CHINA POST  between January 1954 and 1955.

Joe worked at the CHINA POST first as a writer, later a general editor and finally City Editor.
Joe writes in the book's Preface about the stories in his book.

“In those days the paper needed a column of some sort; something which could capture the heart of Taipei on paper and give it to the people in some sort of readable form. I have put into words for many readers, the sights, scenes and emotions they have observed and allowed to go otherwise unrecorded.”
Paul Kuo whose illustrations accompany Joe’s articles, with a few strokes of his pen, has captured the entire essence of a scene or emotion, depicting the charm and atmosphere of Taiwan as it was.
Maybe you have something to relate concerning Joe Brooks.  Please add your comments.
We will publish Joe's first story in a couple of days.  A hint to it's subject, late night snacks......

Posted by Taipei Air Station at 3:15 AM

Kent, I met Joe Brooks in 1969. His weekly radio program was still on AFNT. When I complimented him on his programs, Joe seemed genuinely humble. His voice was like honey.
John Crum

I was stationed in Taiwan in'69 and '70 at CCK air Base near Taichung. I was the morning DJ on AFNT-CCK from 6-10am for my 15 months. I had the opportunity to meet Joe Brooks and spend time with him on several occasions. He was a fascinating man whose history in China both in Taiwan and on the mainland during and before the war is much more extensive than what I have read here. It was, unfortunately, not too long after I was discharged in '72 that I learned Joe Brooks had passed away.

Thanks for sharing John.

Joe Brooks was a special person, a man who had seen and done much in his life.

He was an Army officer, one of us.

One of his son's in the process writing a book about Joe's life.

I worked for Joe Brooks for a year way back in 1963 when the call letters were AFRT. Some work mates were Ron Benedict, Davy Jones, and our receptionist Mrs. Fong. Ron, Davy, and I where Navy journalists. We worked four hour on air shifts four days a week and never again had such delightful schedules or stimulating surroundings. The radio station was located in the Sugar Building in central Taipei. Joe and his three adopted boys had a beautiful walled villa staffed by house servants and two talented Chinese chefs. Dan Lowell.

I think my father was one of those Chefs. My dad recently passed away and I have some articles and photos of Joe; I would love to get them back to his family.