My friend Alice Winans sent a number of old Newspaper sheets from those bygone days.

These sheets were the daily newspaper in the early 1950s. 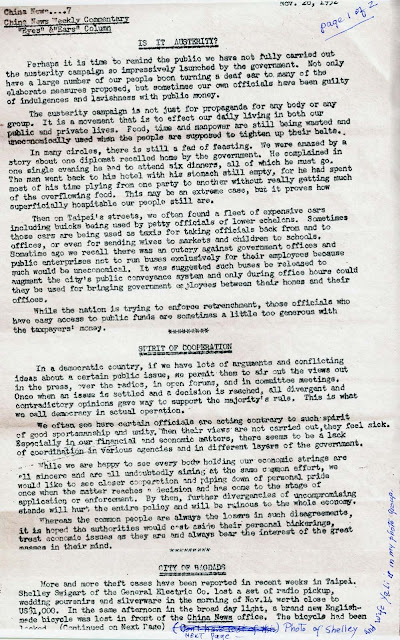 Alice wrote in blue ink, Shelley was her friend, who worked for General Electric Company, which I believe was housed in the same Chung Shan North Road building as Taiwan Trading Corporation, where Alice was employed. 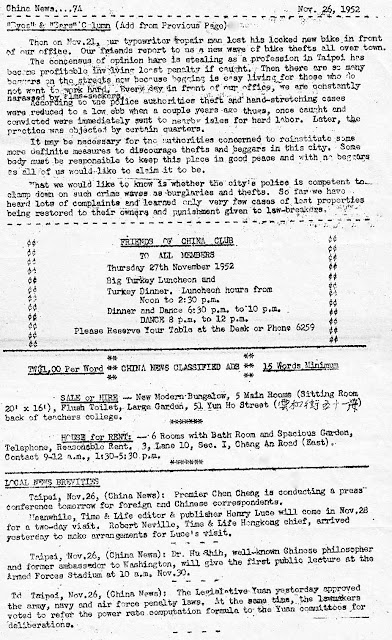 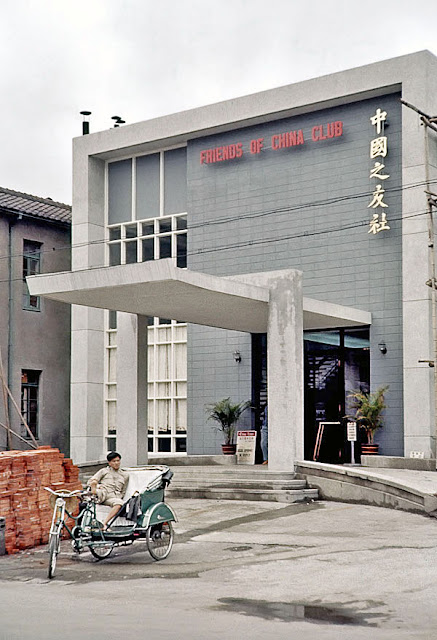 FOC was "The Club" in Taipei during the early 50s..

I've not seen any comments on the food served at the FOC.

Can some of you old timers who've visited the FOC leave your thoughts below....

Posted by Taipei Air Station at 3:46 AM

Kent,
Great stuff! I passed by the FOCC many times while on my message courier route during the early sixties. I never visited the FOCC though. I always thought it was an officer/members only club.
John Q