Scenes along the road to Tainan
﻿﻿ 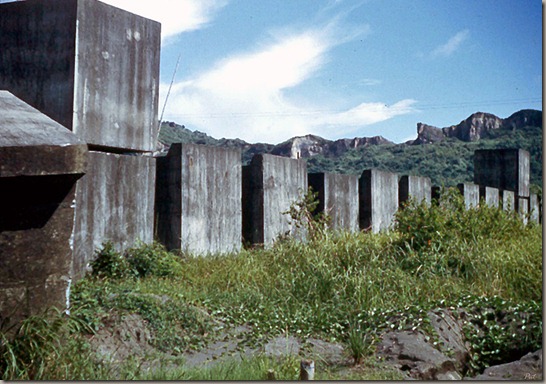 This tank barricade was somewhere near Tsoying.
I expect it was built during the years of Japanese rule. 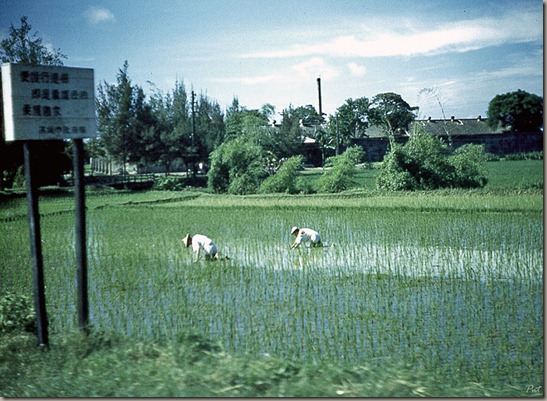 This is one of several rice paddies as we drove toward Tainan in 1954. 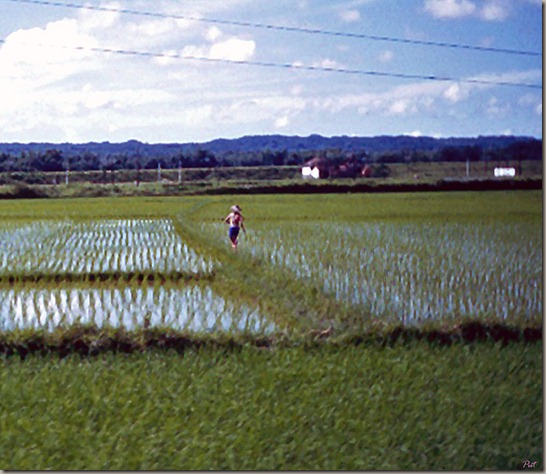 More rice paddies on our drive to Tainan in 1954. 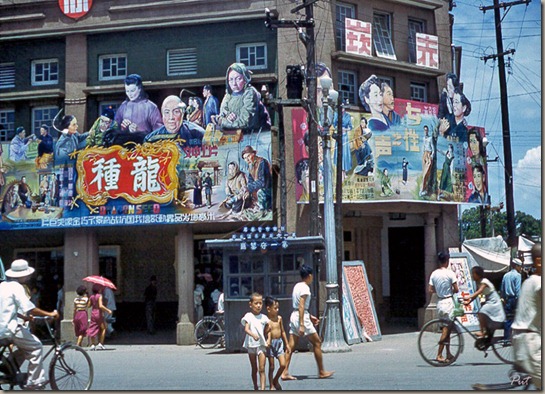 A movie theater in Tainan 1954 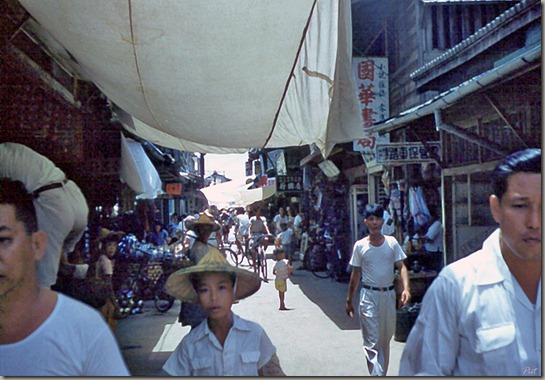 This is a side street or alley way in Tainan. 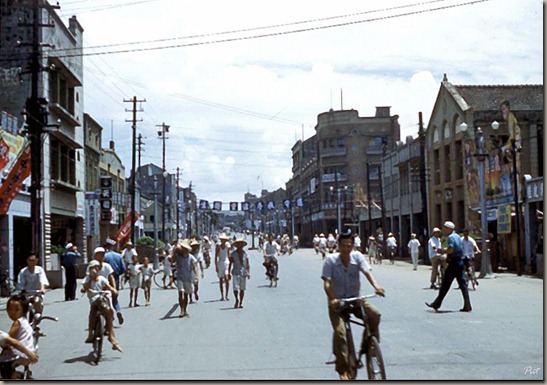 This is one of the main streets in Tainan in 1954.
I was with a bunch of sailors out touring from our ship, moored in Kaohsiung harbor. 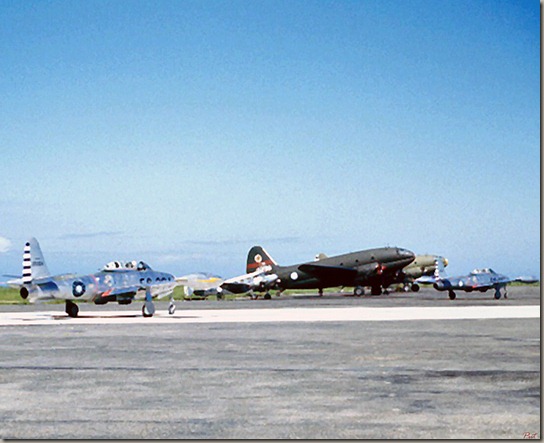 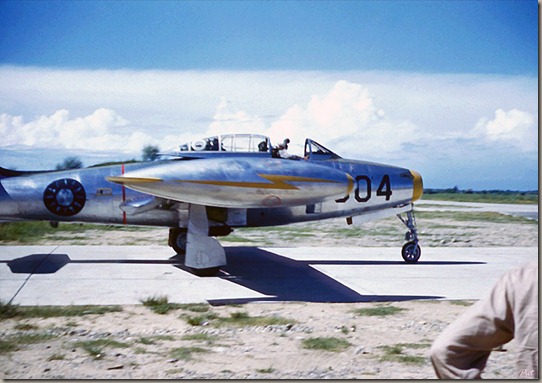 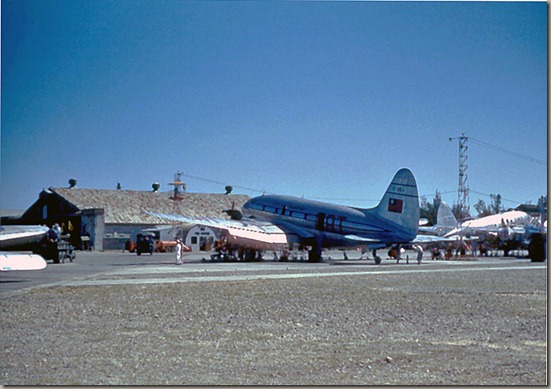 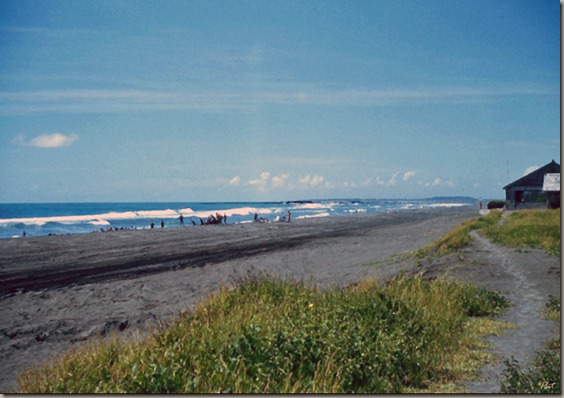 This is a black sand beach near Tainan.
Our group of touring sailors stopped here for a swim and some fun. 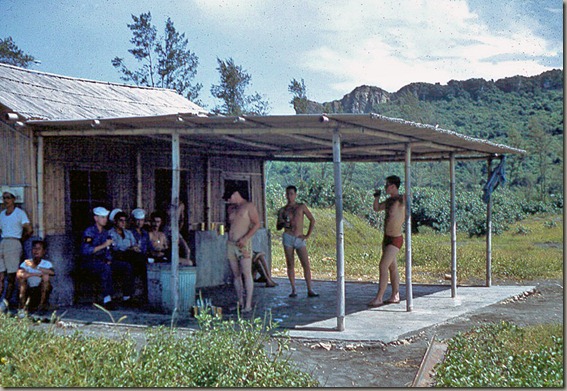 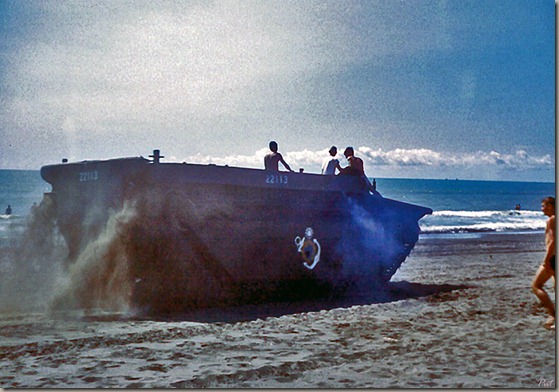 We were relaxing at this black sand beach near Tainan.
The Taiwan Marines were here too. This is one of the tracked vehicles they were running up and down the beach.
Many thanks to David Putnam for permitting us to post his beautiful color photographs from 1954.
I know many who visit this blog will enjoy seeing how the area looked in 1954. 57 Years Ago!
Please leave us a Comment below.
Posted by Taipei Air Station at 10:06 PM

The bottom of the painting says : "米高梅出品轟動影壇我國抗戰背景不朽金像獎巨片"

It means : "A blockbuster Academic Award winning movie by Metro-Goldwyn-Mayer Inc. about our country fighting against Japan. "

As matter of fact, this movie was realeased in 1944. It's an old movie from 9 years ago.

Detailed information can be found on

As for the right billboard, it's a Japanese movie called ''The voice of female."

In front of the cinema theater, there is a police night watching box below the billboards.

According to the Chinese characters, this box belongs to First Precinct of Tainan City Police Bureau.

The man in the first photo is actually a police officer. And I'm pretty sure the site is what's left of the old Dutch fort called Fort Provintia (Chi Kan Lou).

In these two pictures, we can see some local people walking down the street with bare foot.

Some others wear sandals or flip-flops.

The only decent leather shoes in photo 8 are those shoes US sailers wear.

1950's is a pitiful time for my pifitul country.

Thanks for the help from US.

The aircraft next to the C-46 is not a Gooney Bird (C-47), it's too small to be so. The C-47 was close to the same size as the Commando (C-46). It's a twin-tail bird, maybe a Lockheed Electra?? My
Dad had a home movie of the same kind of aircraft (Commercial version) from years back. Is it the same aircraft that Anita Erhart went missing in in the Pacific?

Amelia Earhart was flying a Lockheed Electra, but the aircraft in the Tainan photo is more likely a Beech C-45 Expeditor.

I served in Taiwanese marine for one year.
and i can tell u honestly.

the landing ship is still running in the corp now haha