Back in our Taiwan days, most of us arrived and departed via Sungshan Airport (TSA) military side, depending on when you were in Taiwan, you may have used the civilian side on occasion.

In 1979, after our closure and departure from Taiwan, Chiang Kai-shek International Airport (CKS) was opened on the west side of Taoyuan AB, a 45 minute to one hour drive southwest from Taipei.
After the Chiang Kai-shek facility opened, all international flights were moved from Sungshan, which you will remember as being close to downtown Taipei to the new international airport.

Sungshan was then converted to serve only Taiwan domestic flights. 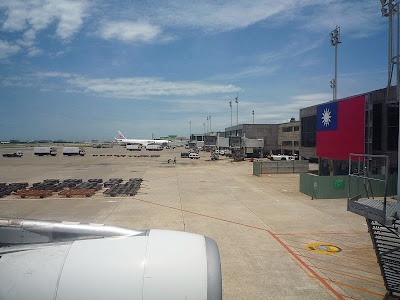 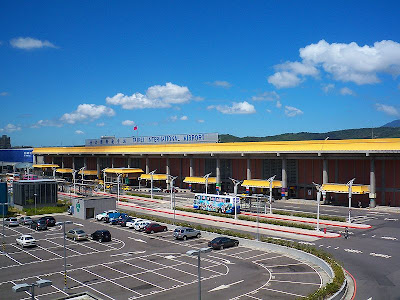 Terminal at the old Sungshan now Taipei International Airport
Those of you who resided in the FASD Hostel in the HSA East Compound must be rejoicing with me that we are no longer living in the old hostel.  The Hostel is long gone, but the area is once again experiencing  the deafening noise of large jet aircraft dropping out the sky on final approach to Taipei International Airport.
The Taipei Floral Expo opens this week.  The folks visiting the Expo areas on the old East Compound area will be thrilled and frightened the first time a lumbering jet roars over their heads..

Taipei is forever changing... for the better..

Hence, Songshan Airport regained its position as an "international" airport on July 4, 2008?

But for such a natural beauty offered by the Logar Valley, local meat, as offered in Pevc Restaurant, and the hospitality of the local people. בתי מלון בחו"ל